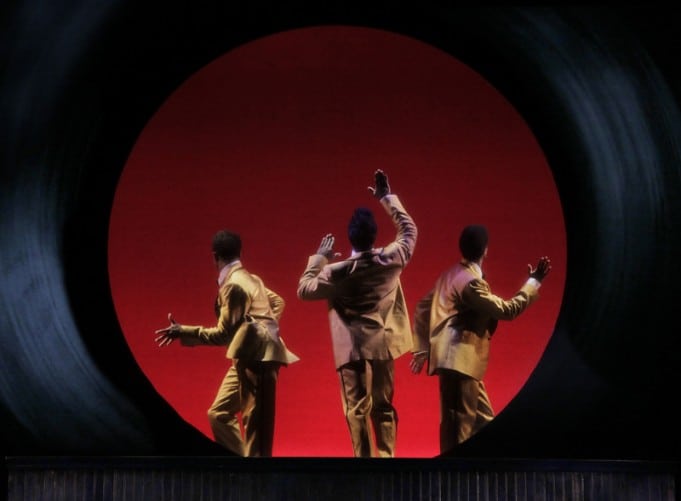 Memphis packs a wallop with its opening number “Underground.” The intensity is carefully modulated so when it kicks up a notch in “Scratch My Itch,” the audience is left gasping. This Broadway San Jose musical production sustains its hot intensity throughout the first act, comes back for a killer second act, and leaves the audience jazzed and wanting more. I cannot imagine higher praise for any show. If you’re a bit wary of touring shows, this one is the exception.

Memphis fits into that category of show – along with West Side Story – that you can watch for the choreography alone. The ensemble tightly works together with impeccable timing and an energy that just embraces the audience. I’d happily watch this show in a second time just to take in all the reactions and moves that I missed the first time.

Excellent dance doesn’t happen in a vacuum, of course. The musical energy is everything that you’d expect from a score written by Bon Jovi keyboard player, David Byron, and with lyrics penned by Joe DiPietro. Byron didn’t try to entirely emulate the period music, which in part, makes this seem so fresh.

In addition to killer performers, this script is one of the few that treats race intelligently. Sometimes we take our differences so seriously that we can’t laugh at ourselves. In Memphis, everybody wants to be black on a Saturday night. Even if you think you never stomach another show about ‘50’s provinciality, or ‘60’s anything, you’ll want to check out this musical.

One measure of the show is how completely it engages the audience. In this instance, the audience response was only slightly less than the oohs and ahhhs of a Fourth of July crowd. Shocked gasps at the word “nigger” and exclamations when a character was slapped echoed through the San Jose Center Performing Arts. When Felicia (Felicia Boswell) was beat up, I’m surprised that audience members didn’t take to the stage to defend her. 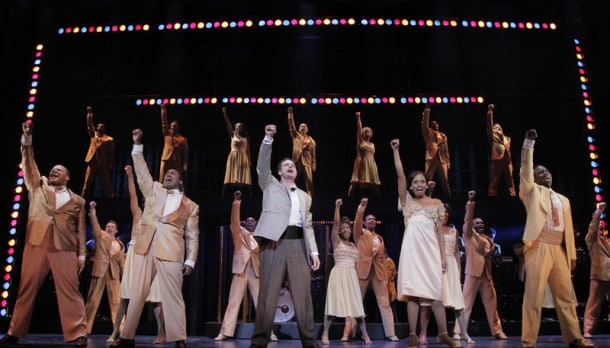 As Huey, Byran Fencart works the magic of turning a character that you don’t particularly like (at least for the first 30 seconds) into someone so magnetic that he’s as spellbinding as the tunes he spins on his radio station. Completely outclassed by the Beale Street denizens, his energy and style make him rise to the top of almost every scene. He plays well against the more ponderous Quentin Earl Darrington, who played Delray as they focus together upon the fabulous Felicia. Also noteworthy was the physicality of Will Mann. As Bobby, Mann was so fascinating to watch that he inevitably dominated every scene he was in.

This Broadway show has a local history, having first been co-produced in Beverly, Massachusetts by TheatreWorks and the North Shore Music Theatre, before being produced by TheatreWorks in Mountain View. Unfortunately, it will be leaving San Jose on October 28th.