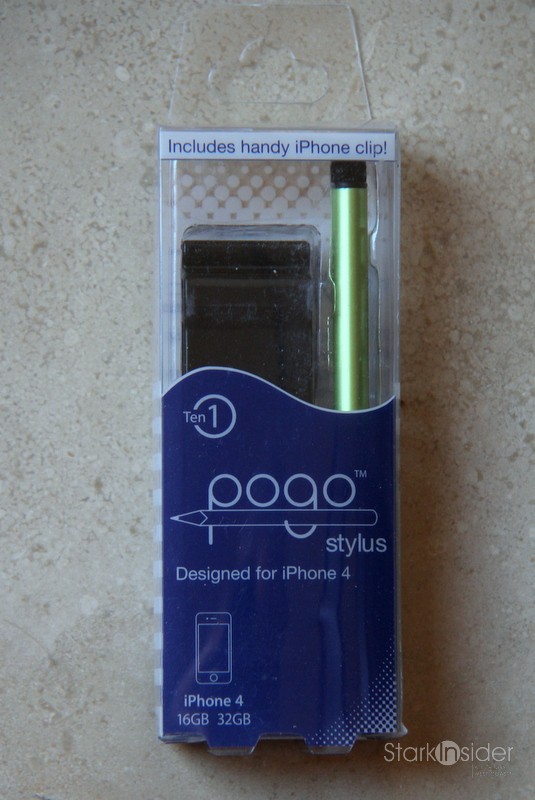 Available in 4 colors
VERDICT:
"Smashing"
Worth checking out for those seeking improved accuracy for iPhone input, or for those who draw.
Review by Cy Ashley Webb

The whole idea of using a stylus reminds me how effortlessly Palm graffiti worked. In some ways, the Palm stylus and graffiti seems easier than the iPhone’s keyboard, which I’m invariably fat-fingering. The Palm’s stylus was not without a catch, however, as it was invariably getting lost, forcing me to grab whatever was at hand, be it a tooth flosser, chopstick or other random tool.

We must not be that far from the old days of the Palm because a plethora of stylus-type devices is on the market to help us compensate for fat thumbs, fragile fingernails or arthritic joints. These are worth checking out.

Pogo’s regular stylus is a hollow metal tube, constructed of light-weight aluminum alloy, with a bit of foam stuck in one end. The 5 mm foam head measured 7 mm when flattened out. It came with two plastic clips – one to clip the stylus to the phone and the other to serve as a stand for the phone. While the stand was completely dysfunctional, the clip for attaching the stylus to the phone was reasonably sturdy. It fit directly over my naked G4 – and also fit snugly over the case as well.

After a two-week trial, this thing grew on me. My cell phone’s calculator gets a heavy workout every day, and this provided a degree of accuracy over thumbs. I haven’t lost it yet, as the plastic clip works quite well. This one’s a keeper.

Pogo also offers a slightly more upscale stylus — the Pogo Sketch Plus ($14.95) — which is a little bit longer: 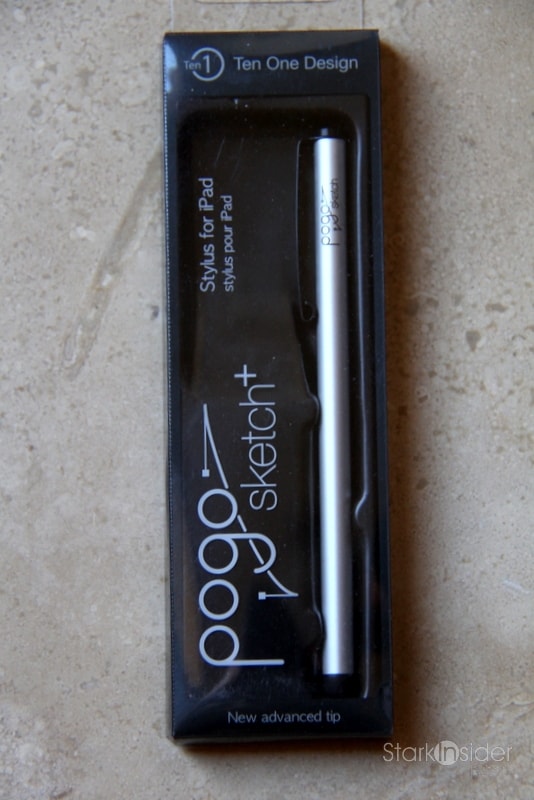 Unlike the regular pogo stylus, the tip of the Plus was a thin sheaf of rubber over a fine point. This makes it more precise, and perhaps better for drawing. The downside is there’s no way of keeping it clamped to the phone. It does come with a pen clip, which is useless unless you keep your tools and phone in a shirt pocket. I tried using this one, but it kept getting lost among my pocket and backpack cruft.