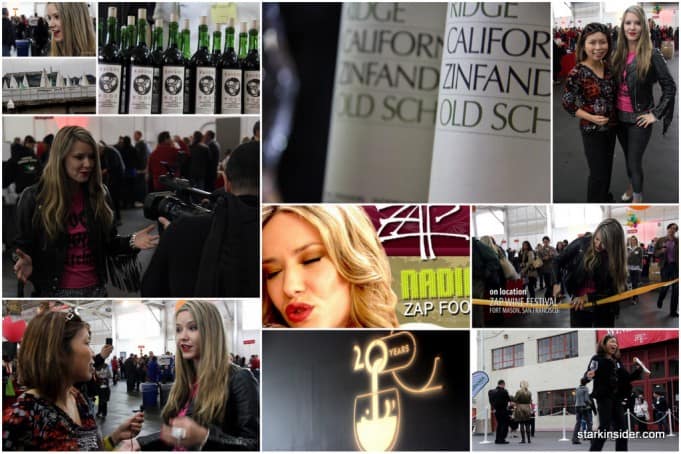 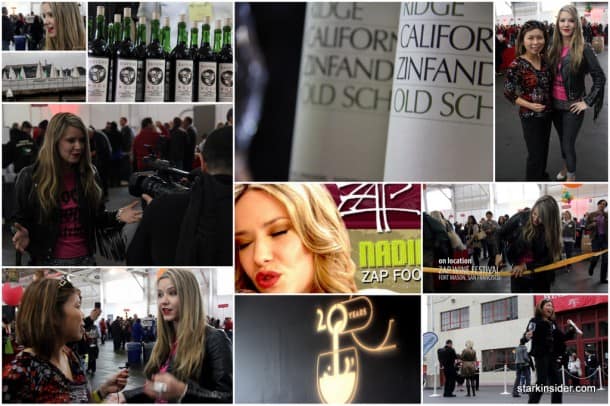 If you simply dig that feisty California red grape, Zinfandel, then the Concourse Exhibition Center in San Francisco is the place the be. The Rock ‘n Roller of wine once again stars in the 21st annual ZAP (Zinfandel Advocates and Producers) wine festival.

Stark Insider takes you inside the vino-happy event which features tastings, good eats, and a whole bunch of socializing bru-ha-ha. In other words: it’s a heck of a fun way to spend the weekend. In this segment, Loni meets up with Bitchin’ Kitchin’s Nadia G to talk about wine, food, and – but of course! – stilettos. Clint Stark tells me this was one of the harder videos to shoot because people (guys) kept stopping by to give shout outs – “I Roll! And You Rock!” – to Nadia, or to take photos of the flamboyant TV star, and/or to check out her Italy meets Montreal style. How appropriate, a rockin’ grape meets a rockin’ wine personality.

As you can see you won’t be celebrating at this fest alone. In past years, producers, consumers, trade, media and crazy wine people of stripes have joined in what proves to also be an educational experience.

ZAP’s mission is to actively involve hundreds of wineries and thousands of advocates in a bid to achieve a national and international understanding of Zinfandel as America’s Heritage Wine.

Often referred to as an “authentically American variety,” Zinfandel is planted in over 10% of California vineyards. According to Wikipedia, the arrival of Zinfandel in the United States may have been via the Imperial Nursery in Vienna, Austria, which likely obtained the vines during the Habsburg Monarchy’s rule over Croatia, which was expanded when Austria acquired the Dalmatian territories of the former Republic of Venice in 1797. I warned you! There could be learning ahead.