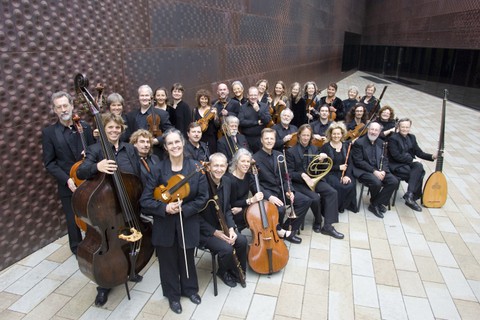 Newcomers to Baroque invariably ask about the differences between Italian, French, German and English music. After all, this distinction is used so frequently that it acts as musical shorthand. With their current all-Italian program and an upcoming all-English program, the Philharmonia Baroque Orchestra is well on the way of answering that question.

The current program, featuring works by Arcangelo Corelli, Francesco Geminiani, Antonio Vivaldi, Guiseppe Samartini, and Alessandro Scarlatti is an excellent introduction to the world of the Italian baroque. It’s easy to forget that the Baroque began in Italy. Germany may have had the organ makers, but Cremona was the unrivaled center for violins, being home to Nicolò Amati (1596–1684), Antonio Stradivari (1644–1737), and Bartolomeo Guarneri, del Gesù (1698 – 1744). Even the word “baroque” is derived from the Italian “barocco,” meaning bizarre. And what a bizarre transition it must have been, when contrasting strands of musical textures replaced the more monolithic voicing of Renaissance music. We so think in terms of harmony based on root motions of fifths that it’s hard to imagine that this wasn’t always the case.

The current all-Italian program even brings a new Italian guest conductor, Ottavio Dantone. Like Lars Ulrik Mortensen did last year (and Musical Director Nicholas McGegan did earlier this year), Dantone conducted from the harpsichord.  With no brass, woodwinds or percussion, this was a small stage – and seemed more intimate in the bargain. 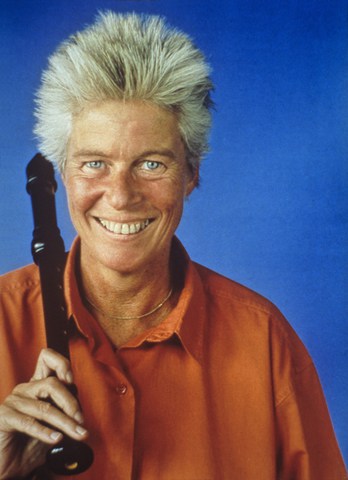 The star of the evening, however was Marion Verbruggen. Verbruggen joined the PBO for Vivaldi’s Concerto for Alto Recorder in F Major “La tempesta di mare” and Sammartini’s  Concerto for Soprano recorder in F Major. If you thought you knew something about recorder going into this concert, Verbruggen quickly disabused you of that thought. Grove Music states that “because of its construction with open finger-holes and duct mouthpiece, the recorder came to be considered the woodwind instrument capable of producing the widest range of techniques and special effects.” Marion Verbruggen seemed to demonstrate all of these. I’d never thought of the recorder as a particularly dynamic instrument, but Verbruggen’s performance of the  Sammartini  Concerto for Soprano recorder in F Major burst the floodgates with rivulets of notes peeling off to every side. I never knew that soprano recorder could hit notes so high – or be played so fast! If your point of reference to recorder music is the more staid Renaissance music, Verbruggen’s performance will stand such notions on their head. She propelled the Sammartini forward with the vivacity and exuberance that makes this music seem like such a gift.

Next to Verbruggen’s performance, the gem of the evening was the Concerto Grosso by Gregori. Exquisitely paced and balanced, it drew out the best of this group. Concertmaster Carla Moore played with such a warmth and timbre that one imagines some part of the universe being just a little bit better afterwards. This music can be that powerful.

The PBO’s will perform the Bach’s Mass in B Minor next month, joined by countertenor Daniel Taylor. Taylor performed with the PBO this time last year during their exquisite Messiah. Seeing him again with the PBO promises to be a delight.