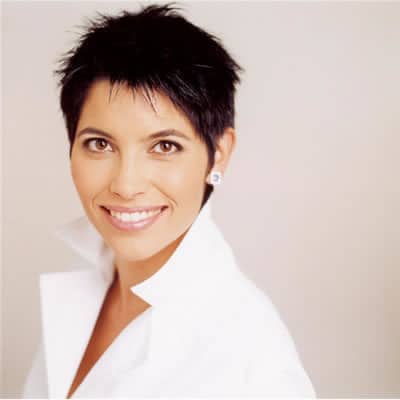 Vivica Genaux and the Philharmonia Baroque go together like champagne and caviar. Both are so clearly the best at what they do, I’m amazed it took them this long to meet up together, in a program titled after Geneaux’ recent CD Arias for Farinelli.

Unlike the most recent program, which ventured into the more classical Mozart, Arias for Farinelli remained firmly in the Baroque, with offerings by Fasch, Vivaldi, Telemann, Porpora, Broschi and Rameau. The PBO excels at producing light, lithe Baroque that you can listen through, to pick up the delightful burbling flute highlighting the Fasch, and focus on basso continuo that propelled the Rameau forward.

John Prescott returned to the podium for a pre-concert lecture. Prescott sketched out the importance of Farinelli, the castrato who garnered the envy of men and the swooning of women, and deftly explained the relationship between Fasch and J.S. Bach. Prescott is truly a treasure – and if he ever gives a lecture to expand on the differences between French, Italian and English baroque, I’ll be first in line. His talk last night was a decided improvement over the previous pre-concert event earlier in the season.

All this aside, the rock star of the evening was Vivica Genaux. Most singers, well, sing. While stage presence is a important element of the performance, it remains a lesser one. Not so, with Genaux, who sweeps into the stage with confidence and élan and charisma. In a world that just a wee bit wary of assertive Alaskan women, she rightfully owned the stage the stage last night, singing in both the first and second halves.

Her performance opened with Vivaldi’s “Cor mio che prigion sei”, “Sin nel placido soggiorno”, and built steadily in intensity before she unleashed “Alma opressa.” The first five to ten seconds after she took the stage, just long enough for the humble reviewer to scrawl “ornamentation?” she was good, but unremarkable. Little did I appreciate that in those five seconds she was merely doing the bel canto version of priming a canvas for what was to follow. Her performance was so striking in so many regards that it’s worth discussing at length.

The term “coloratura” refers to the color of the singer’s voice. The term encompasses all the various ornamentation, tremulos, trills and vibratos brought to a song. Genaux is particularly known for her coloratura, as she throws off these vocal trills, singing vibrato while performing a vocal tremolo, while proceeding vigorously apace with the main melody – as if it were nothing. Watching her pull off this stunt has to be seen to be believed.

The term “tessitura” refers to the singer’s usual range. This goes beyond enumerating a number of pitches where the vocalist is comfortable because the term also refers to how nimbly the voice can navigate within that range. Prescott expressed his conviction that Geneaux’s tessitura was most comparable to Farinelli’s. While we obviously will never know, it’s hard to imagine another mezzo soprano mustering the tessitura used in Geneaux’s performance of “Alma opressa.”

This brings us to structure. Most baroque arias – including the “Alma opressa” and the Broschi piece – have a “ABA” structure. This is as simple as it sounds. After going through “A” and “B, the singer returns to “A” and goes to town, adding whatever the ornamentation that they do best, truly owning the song, as it were. Genaux’s initial “A” sections (particularly with the “Alma opressa”) were so powerful, it was hard to imagine what she could possibly add, yet she invariably did, leaving the audience pumped.

Hearing Genaux with the PBO is well-worth going out of your way to enjoy. Even if you think you’re not particularly into Baroque arias, she’s sure to make you a convert. The PBO and Genaux will be performing together this weekend in San Francisco and Berkeley.