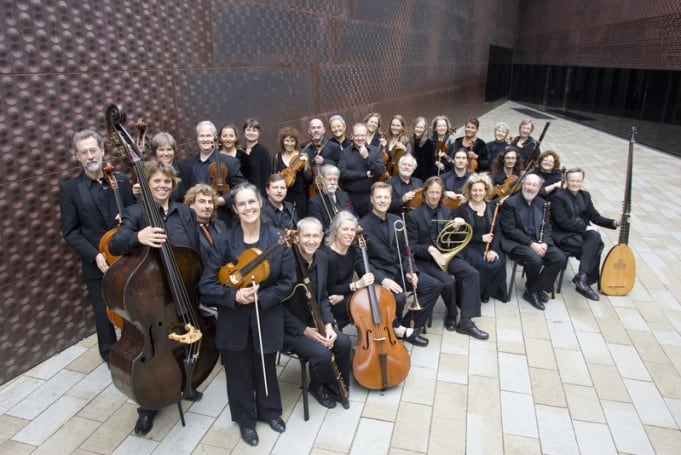 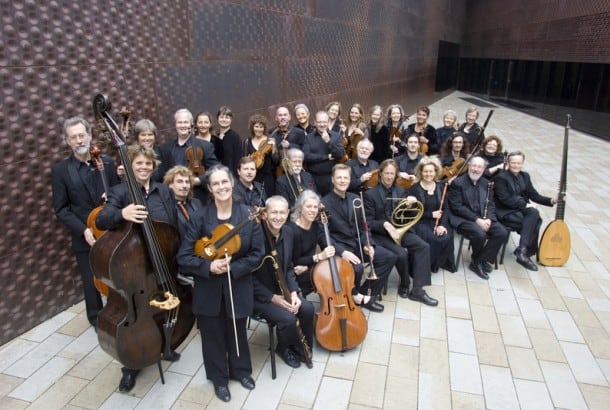 Let it never be said that the Philharmonia Baroque Orchestra isn’t full of surprises. Just when you anticipate a steady diet of Baroque classics, they open their 21st season anchored firmly in the classical world with works by Mozart, Haydn and Beck. These works weren’t even the borderline early Mozart and Haydn that might arguably pass for late baroque, but the mature Mozart and Haydn. This was far from the only surprise – all of which made for a delicious evening.

The evening opened with Mozart’s Prague Symphony (KV 504). Doing pieces this well known is always a wee bit dangerous because it runs the risk that the audience will hear the piece they know, not the piece as played. However, just as the PBO brought new insights into the over-performed Le Quattro Stagioni (Four Seasons) last year, they did the same with the Prague. The PBO offers a lighter version of this than you often hear. Mind you, there was no skimping on the opening forte section that marks the heaviness of the piece and defines the theme.  However, the pianissimo scalar violin runs that begin around measure six were played with such exquisite lightness, that it is an altogether different piece.

The first treat of the evening was R.J. Kelly’s performance of Mozart’s Concerto pasticcio for Horn in E-flat major (K70b/494/371). The only times I’ve heard this instrument are with the PBO. There’s probably many reasons for that, not the least of which being the natural horn is a real “Uncle Louie” invention. The audience watched Kelly with baited breath as he drew unimaginable fluidity and deftness from this instrument, particularly the lightening speed passages. Prior to the last movement, he and McGegan looked at each other, as McGegan gave him an extra few seconds to remove a crook, shake it out, reassemble, and hopefully take several deep breaths in anticipation of what seemed to be the most trying passage of all.  Kelly took it all in stride, much to everyone’s amazement and delight.

The second treat of the evening was the overture from La mort d’Orphée by Franz Ignaz Beck. I quibbled over the value of the PBO’s offering of Louis Spohr last season because there seemed good reason for its relative obscurity. This time around, however, the PBO uncovered a real gem. My curiosity was immediately piqued because iTunes contained nothing beyond the Beck symphonies. Little did I know there was a trove of opera music as well. The overture felt more classical than baroque, and the oscillating viola notes smacked of something even more modern. One hopes that the PBO makes a recording so the experience of this delightfully spirited piece doesn’t end with this concert.

The last treat of the evening was saved until the short fortepiano cadenza of Haydn’s Symphony No. 98 in B-flat major at the end of the evening. Just as Haydn did at the premiere of this work. McGegan surprised the audience and played it himself.  Saving this for last was a perfect bit of showmanship because the instrument had remained unplayed all night, serving as a lectern from which McGegan conducted.

The PBO’s new venue on the peninsula at the Atherton Center for the Performing Arts is a huge improvement. While this is the beginning of their second year there, I’ve been remiss in commenting on this welcome change. The difference between this air-conditioned venue with great acoustics and their old cramped venue  in down town Palo Alto is like the difference between flying coach and flying first class. The upgrade lets you be alone with the music, instead of painfully aware of your seatmate’s elbows and the ambient temperature.

My only nit for the evening was the changed format of the pre-concert lecture. Instead of presenting something that helps the audience listen to the material, a quartet of musicians provided brief bios of the composers set to music. This was good for what it was, but the old lectures serve this material better.