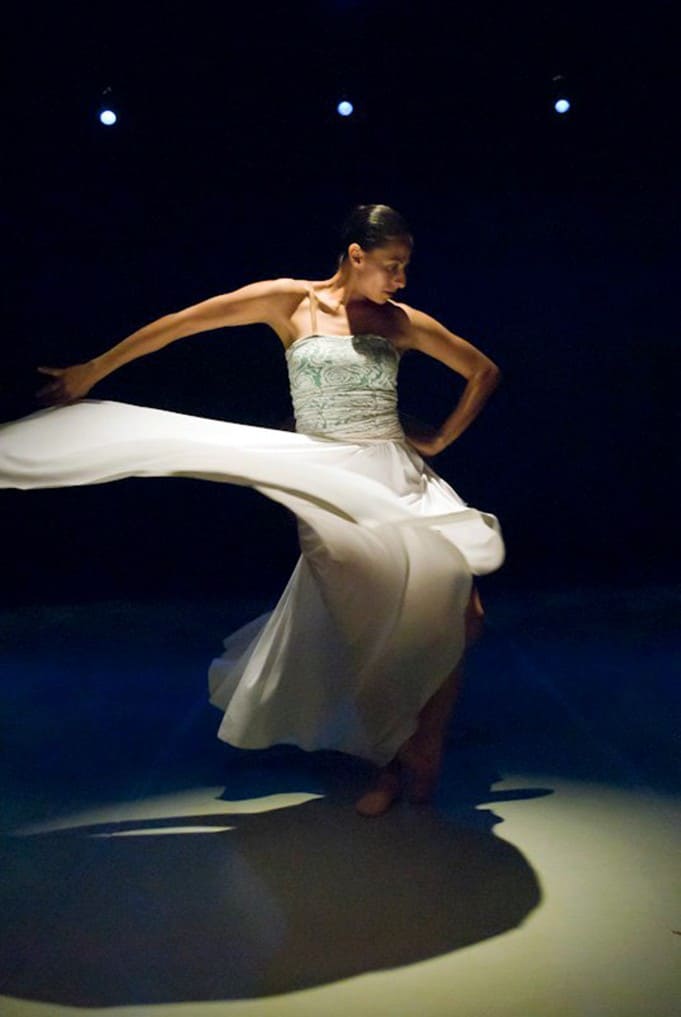 3 out of 5 stars - 'Worth a Look'
Dance Mission Theater, San Francisco
Review by Cy Ashley Webb 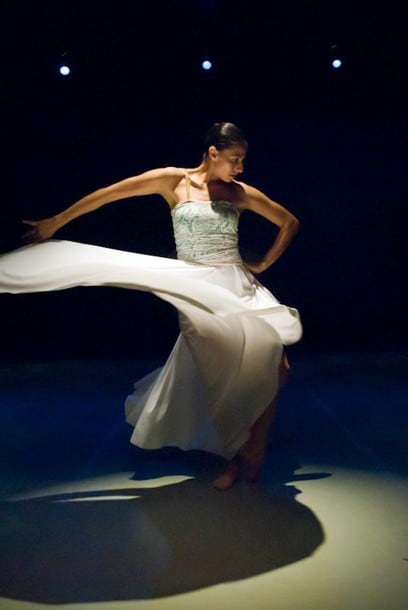 Labeyan Dance and the DanceWright Project co-hosted a concert at the Dance Mission Theatre. Although the co-project was driven by financial necessity, with Enrico Labayen carefully noting that the two were a “shared but entirely separate concert,” the audience benefited from the double treat. No art exists in a vacuum. Given that art works on intellectual, as well as emotional levels, having something to immediately compare a particular work to provided a definite boon for the audience.

The evening opened with DanceWright’s Nanette Ada. Of all the evening’s offerings, this was the weak link. Dancing to a pulsating Afro-Cuban rhythm, the four dancers performed simultaneous, but separate dances with interlocking, repetitive sequences.  While the music was extremely effective and the dancers could not be faulted for their execution, the material had a cold feel to it.  If the choreographer were struggling to express some kind of exuberance, the end result felt more like mechanistic cheerleading.

The following dance, billed as the world premiere of Divine Journey, suffered from none of these defects. Unlike Nanette Ada, this work called for a unity of motion which the dancers more than delivered on. Since the work was less fragmented, the audience could engage with it more easily. Even though the music, “Tangerine Dream’, had a mechanistic feel to it, the overall effect was considerably warmer. The dance began with a angel removing her wings, which hovered mid-air through the performance, continually centering the audience throughout the piece. It ended, with the angel donning her wings, in a movement called Ascension. Between these two poles were four smaller dances, including a humorous bit called The Rat Maze, that speak to the struggle on earth. Taken together, the piece had a ‘60’s feel to it, but in a good way, relieved from the overstated cultural baggage. The organic totality of this piece, combined with the irresistible good humor put DanceWright on the map as a group to follow.

The second half of the evening showcased two works by Labeyan Dance. The first piece, the world premiere of Danzon, an “ode to the respect, passion, and dedication that Mexicans have for the women that they love.” Choreographed by Victor Talledos, the four female dancers were regal, impetuous, brooding, sophisticated – which stood in sharp contradistinction to the billowing white skirts that filled the stage. This felt so different from what came before that it seemed inconceivable the same dancers were on stage, working with both companies. 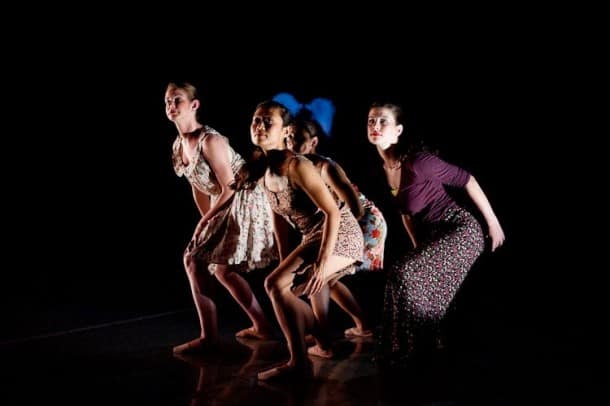 The best was saved for last, with Labayen’s Flood Plain Series # 3-6. Whether it was the Nile, the Tigres and Euphrates or the Indus river valley, these were the cradles that humanity rocked from. However, Labayen also paints them as a place of tension – which ultimately gives rise to the art. From the startling deep boom of the drum that opens the first of the series, the pieces opens up, almost as an angry bird mating dance.  All focus was on Victor Talledos, a powerfully built dancer who commanded the stage with a primitive ferocity. His pas de deux was infused with a startling intensity that had a depth and integrity quite absent any of the facile Prince Charmings that dot the dance world.

One looks forward to seeing what DanceWright and Labayen Dance will bring in the upcoming season.