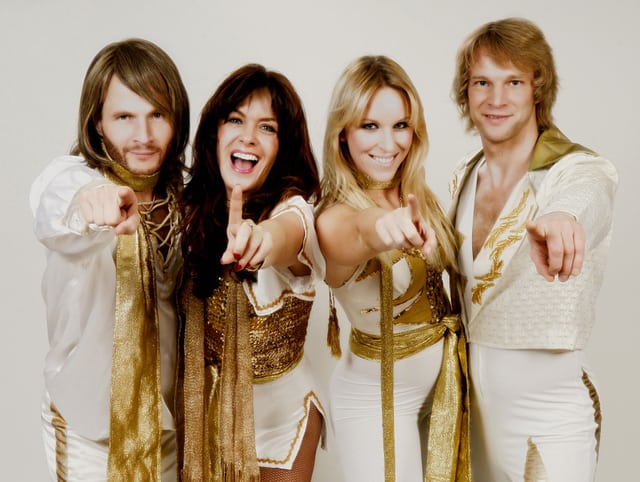 ARRIVAL and the San Francisco Symphony

Long before the doors of Davies Symphony Hall opened on Saturday, people clustered, pushed up to the glass. The doors were slated to open early so people could hang out with a pianist in the lobby and sing ABBA songs. When the doors finally opened and the crowd pushed through, they went straight to the baby grand. The crowd that pressed around the piano sharing lyric sheets was more diverse than those usually seen at Davies. My fear that this might look like a Mamma Mia crowd – many middle aged women with a few men who looked like they were there under extreme duress – was unrealized. Two elderly white-haired gentlemen belted “Fernando” as enthusiastically as the 14 year olds who shared their lyric sheets with me.

Opening the lobby for singing around the piano was a brilliant move. There’s few socially acceptable chances for adults to sing in a group, and I suspect I’m not the only one who misses this.  I don’t care whether its Yiddish folk tunes, Grateful Dead songs or the Messiah, I hope Davies does this again.

The lobby sing-along was a warm up for ARRIVAL, an ABBA tribute group. Since ABBA never made it under the rock where I spent the greater part of the seventies, I was equally unfamiliar with ARRIVAL. They were as much a treat as a puzzle. The multicolored flashing lights on the long organ pipes facing the audience in Davies were a reasonable substitute for a disco ball. There was not a single minute in which someone wasn’t dancing in the aisles or in the boxes – and for large stretches, the entire audience was on their feet. If the experiential component of a concert trumps the music itself, ARRIVAL is a hands down win. With fists in the air, the energy of the crowd was palpable. The 70-something Asian lady in front of me poured out as much juice doing an enthusiastic wave as the cluster of 20-somethings further down the aisle. I haven’t had such a good time dancing in a dog’s age.  ARRIVAL kicked out the jams and the audience responded in kind.

I still don’t get the idea of a tribute band – and I don’t understand an audience responding to a tribute band as if it was the real thing. Thinking of the plays “Foresight” and “Wirehead,” small theatres are taking up issues relating to the merging of virtual worlds with actual ones. Whether it’s RAIN, or ARRIVAL or Second Life, we spend more time in this virtual world – which is difficult for this reviewer to wrap her mind around. Music – particularly pop music – is a function of what’s in the air at the time.  To dress is up in period clothes to make it something that it’s not does it a disservice.

No doubt, I’m over-thinking here – and many will disagree.  In the meantime, I’m going to soak my knee because last night was too much fun.

ARRIVAL and the San Francisco Symphony