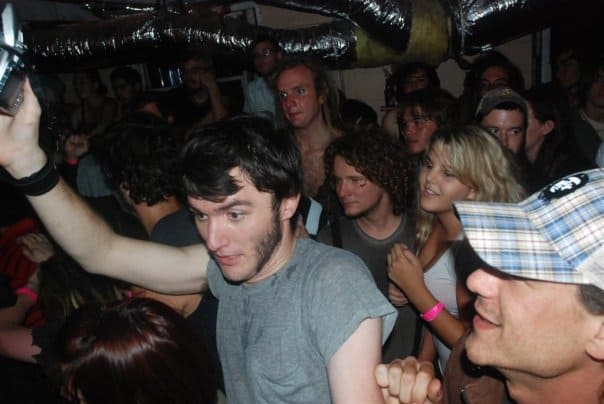 Walking past Greek frat houses at Berkeley last Spring with kids in shorts lazing on the lawn and The Who booming out, I had two realizations: first, at 52, there was no way that I could pull off walking up and looking soulfully at the guy on the lawn for a hit off his joint. Second, something strange was happened musically. Why were these kids listening to 30-year-old music?

This otherwise innocuous encounter left an explosion of questions in my mind. Did this speak to a new eclecticism or didn’t these kids have their own music? Was this a function of new musical technology? What did it mean to have all the music in the world a click away? Did music mean more, or did it mean less? Routing through the collections at Cheapo on Mass Ave. in Cambridge or hanging at the now-defunct giant Sam Goody in Manhattan was as much a cultural entrée point as it was about music. Did music mean the same thing to these kids as it did to the previous generation? What about my son’s assertion to the effect that accessibility trumped ownership? If everything was accessible, did it still have value? Do kids listen as deeply to their own music as their parents listened to their own? If today’s kids didn’t listen as deeply as their predecessors, did they experience the music more imaginatively?

Fortunately, I work with high school and college students, so I had a captive audience for my half-formed ideas. Everything began with the key question: what’s on your ipod?

Flipping though playlist after playlist, I was stunned at what I saw. Some were as exquisitely organized as my vinyl collection back home, and others as random as the mess on my desk. Thirteen-year-old kids from St. Joseph’s of the Sacred Heart in Atherton were rocking out to Pink Floyd and the Cure. Perry Como made an appearance on the ipod of a 20 year old Stanford student who indicated she needed it for a paper she’d worked on. Interspersed with all this were metal band names like Sylosis and Dimmu Borgir. ej earworm met up with Frank Sinatra; the Killers followed the Chili Peppers and 50/50. Throw in a hefty dose of Celtic music and soundtracks from every TV show and movie ever made. Many names were worthy of 19th century German expressionism: Napalm Death, Slayer, Mega Ghost. At least with respect to the metal, noise and tech music, one sensed that artist, Edvard Munch, would approve.

Just as Facebook makes it almost impossible to really lose someone, changes in musical technology make it possible for kids to have a wider reach into the musical world than their predecessors…

My first question was where was all the dinosaur rock coming from? Who was turning kids on to the Beatles, the Stones, the Who, Pink Floyd? Invariably, there would be a silent toss of the head in the direction of the male parental unit making dinner in the kitchen. I was dumbfounded. Short of pillaging my mum’s classical collection, I don’t even know what she listened to in the 1940’s. As hokey as it sounds, rock used to be a generational anthem, as much a cri de coeur as a symptom of middle class privilege. What was being done in the 60’s and ‘70’s was new, and in many ways, temporarily blotted out what came before, defining the listener as much as your clothes, your politics, or your major.

That unifying element in music seemed to be entirely absent among the kids I spoke to. I kept probing for what music defined these kids and came up empty handed. Frustrated, I kept asking whether there was anything that almost everyone listened to. Among high schoolers, the answer was the same: the Beatles. I tried not to groan too obviously at the lack of originality. Did this mean that contemporary music was bad or did it mean that the current music scene was so fragmented that there was no particular music that was generationally defining? One thoughtful young man suggested there were cultural, rather than generational unifiers – with the proviso that in our multi-cultural society the results were as fragmented as they seem. 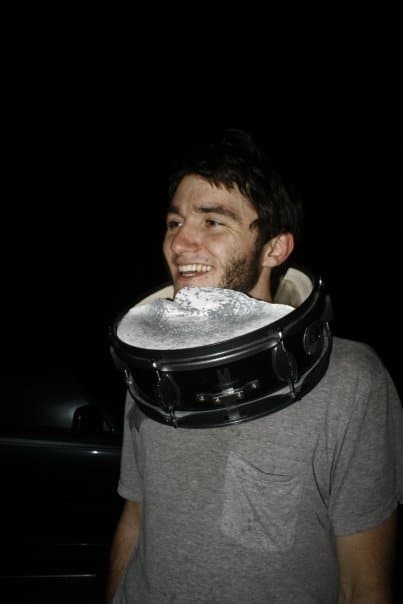 Curiously, while appreciation of dinosaur rock never quite went away, it became less important to older kids. Whereas ipods from high school kids had a relatively high percentage of music from the ‘60’s and ’70’s, ipods of Stanford and UC Berkeley kids had far more recent music. A UCLA student pointed out to me that he hadn’t acquired anything pre-2005 since the start of the new year. This was a bit of a relief.

“I heard it on the radio”

If kids got their musical roots from their parents, the next question was where their new music was coming from. In the ’60’s and ‘70’s, the original source was radio.

Whether this was entirely mainstream rock with the pretentious Alison-Steele-the-Nightbird on WNEW, or outsider treasures with WFMU’s Irwin Chusid, radio was what informed your musical sensibility. In 2011, traditional broadcast radio is almost entirely passé, supplanted only somewhat by online radio like Pandora. This lack of a common source does explain the enormous diversity of what I saw on ipods, but it leaves my question unanswered.

“I heard it online”

Fortunately, asking kids how they found out about stuff unleashed the floodgates. I found myself on the receiving end of dozens of emails to links to youtube, hot music blogs and torrents. Much of this was as overly-produced as any corporate product, brought to you by the same sorts of people who sold distressed jeans, but a good part of it was homegrown garage bands. If it wasn’t youtube, students spoke of getting turned on to new music by sharing mp3s with friends via email.

On the Peninsula, 14 year old bass player Rachael mentioned that the Reikes Center was a good place to learn new music and jam with others. While it seems inconceivable that anything this organized could replace Swains Music Store as the hangout that fostered a young Jerry Garcia, it did get repeated mention. Twenty-two year old Sean took a long view and explained that blogs had taken the place of the hand-crafted zines of earlier decades as way to learn more about music. This made good sense as the zines found on around the Boston club scene and vinyl shops on Mass. Ave. were well adapted to the wordpress or blogspot worlds. Blogs like https://nonotfunnotno.blogspot.com/ and https://thelightthatfailed.blogspot.com/ get traction. Social networking sites were big as well.

“I heard it on iTunes”

The closest to thing to the corporate conduit supplied in the past by the radio was the Genius selections on iTunes. I’d largely ignored these, seeing them as little more than well-crafted marketing. However, ever since the Genius selection extended from 30 seconds to 1.5 minutes, these get listened to – and even purchased. Genius music aside, however, the disparate sourcing of music seemed to be a case of wagging the dog. While music companies eventually got their piece of the pie, the decentralization seemed to create a more fluid music culture.

One area where there was nearly universal agreement was that kids today listen to music differently. This isn’t necessarily a good thing. Long gone are the days of inviting someone over to smoke a joint and listen to music, focusing intently on absorbing every nuance. Sean explained to me that music is part of multi-tasking; it’s the perpetual background noise that’s always on, but not necessarily listened to. Surprisingly, most kids agreed that they probably didn’t listen to music as deeply as their predecessors. The idea of owning an album, and having parts that album revealed over time through repeated listening just wasn’t there. However, this didn’t mean that the music was not taken very, very seriously. I was struck by how much time was spent actively searching for music and reading about bands. To some extent, it seemed as if the Internet replaced hanging at Cheapo Records or Sam Goody. I suspect that when we figure out how the net has affected all of our brains, we’ll have a better read on how kids listen to music.

If young people did not seem to be listening as deeply as their parents or valuing it in the same way, I wondered whether they were listening to it more imaginatively. The imagination angle comes because it’s possible to do so much more with a digital music stream. Almost all the kids I spoke to ignored the shuffle function of their ipods and saw it as a feature that didn’t add value to the listening experience. Pre-made Genius playlists by genre seemed a bit of a yawn. However, making personal playlists – the modern equivalent of mix-tapes – had universal appeal. However, this was very kin to past practices – albeit using different technology.

Up to this point, I’d overlooked mashups. For those who’ve missed this phenom, Wikipedia defines mashup as “a song or composition created by blending two or more pre-recorded songs, usually by overlaying the vocal track of one song seamlessly over the instrumental track of another,” usually done with software such as Autotune. Professional mashups are done by people like ej earworm, whose annual United State of Pop could be used as a test of pop culture, and Girltalk, who, as Sean explained to me “takes two or three songs that he just frankensteins the shit out of.”

Mashups have caught the eye of academics, who try to place it in a larger context. Insofar as music can be construed as a commodity, remixes speak to both a blind acceptance of the dominant culture (United State of Pop was a mashup of the top 25 Billboard songs) and a homegrown manipulation of the same. Writing in Contemporary Youth Culture – An International Encyclopedia, Bart Vautour opines: “just as mainstream capitalist culture has spread Grammy rap globally, the mega production of de-politicized hip hop culture has also sent along a trace of the oppositional origin of the remix: a non-incorporated residual element. In other words, corporate agendas cannot quite get a tight grip on this type of music because of the way it is often made. Remix culture asserts that the remix is an overt challenge to accepted capitalist musical paradigms and conventions. But how exactly does remix confront mainstream ways of making music? The practice of remixing undermines the dominant musical paradigm because it draws up exact replicas of already established and articulated music, coded into ones and zeros due to digital technology, to recreate and narrate a different cultural reality.”

Reading Vautour, one suspects that Walter Benjamin would have much to say on the subject. However, much of this is beyond the interest of my young musician friends. The point – that kids listen more imaginatively because there is the possibility of doing more with the music – remains.

Just as Facebook makes it almost impossible to really lose someone, changes in musical technology make it possible for kids to have a wider reach into the musical world than their predecessors, both in terms of being educated listeners and inventive performers. To some extent, changes in technology have changed what it means to listen to music and what it means to be a musician. While the value of music doesn’t necessarily lie in its endurance, it will be interesting to see how much of this music – if any – will make the cut so that it is listened to in 2030.