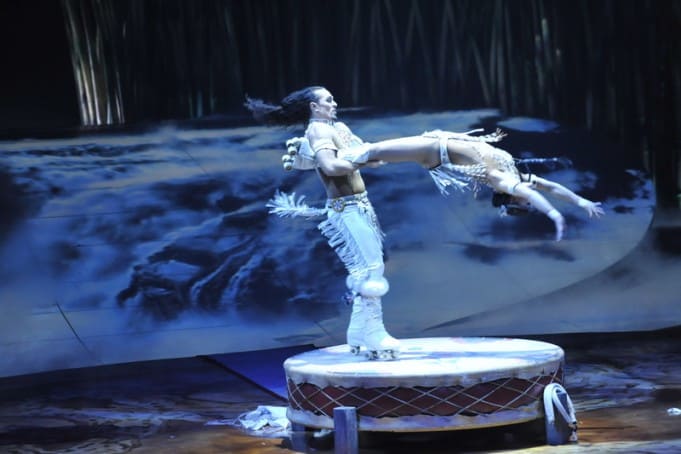 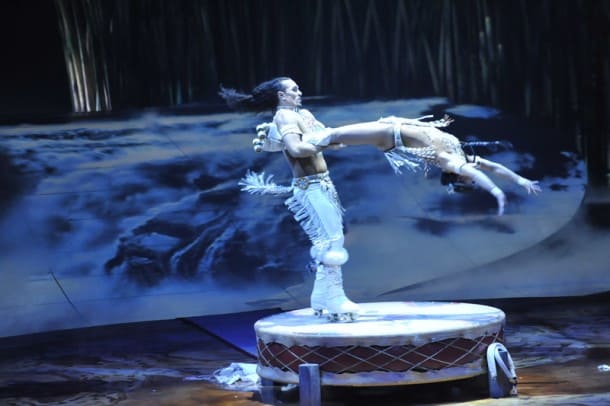 Cirque du Soleil has announced it is returning to the Bay Area with Totem, its latest big top production written and directed by Robert Lepage.

The show is scheduled to open in San Francisco on October 28, 2011 for a limited engagement under the blue-and-yellow Grand Chapiteau (Big Top) located at the AT&T Park and in the spring 2012 in San Jose as of March 2 at the Taylor Street Bridge.

Totem traces the fascinating journey of the human species from its original amphibian state to its ultimate desire to fly. The characters evolve on a stage evoking a giant turtle, the symbol of origin for many ancient civilizations.

Inspired by many founding myths, according to organizers, “the production illustrates, through a visual and acrobatic language, the evolutionary progress of species.”

Somewhere between science and legend Totem explores the ties that bind Man to other species, his dreams and his infinite potential.

Most recently Cirque brought its classic show Quidam to the Bay Area with runs in San Francisco and San Jose. Earlier, the insect world of OVO left audiences spellbound in what was widely regarded a smash hit.