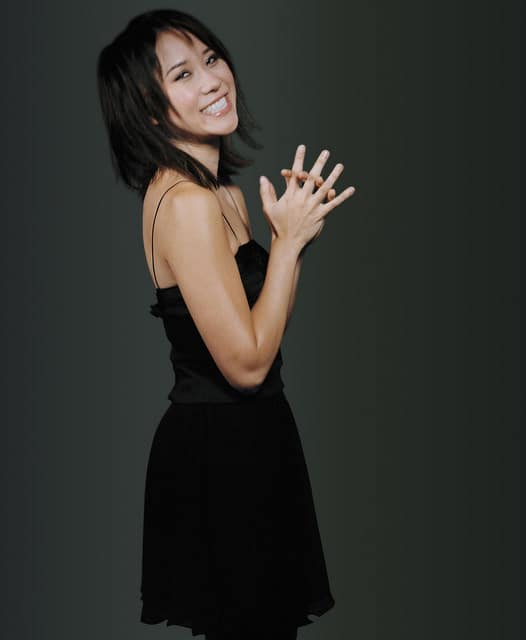 Ever since the SF Symphony Youth Orchestra offered up such a stunning performance of Bartok’s Divertimento a few weeks ago, I’ve been wrapped in an all-Bartok-all-the-time cocoon, vacillating between New Century Chamber Orchestra’s Romanian Dances and various versions of Piano Concertos 1-3. Despite this preparation, Thursday’s open rehearsal of Bartok and Tchaikovsky’s Music from Act III of Swan Lake was full of surprises.

The first inkling that something new was afoot came during the early morning talk by Laura Stanfield Prichard during which she played snippets of a piano version of the Romanian Dances. Having listened to nothing but string versions of the same over the past weeks, I was struck by how playable these sounded.  However, these were just a tease for what was to come. As conducted by MTT, the Romanian Dances open slowly, with a restraint that gets cast aside as the music begins its maddening swirl.  Everything about this piece was different from what I’d been listening. How did I ever miss the pronounced pizzcato? Was it not there or was it my speakers? More to the point was the lush color that was entirely absent from my recorded versions. Who knew the clarinet played over the symphony, following on the same by flute and violin?  Who imagined a violin drone below a piccolo? This brought home the importance of listening to live music. Every classical lover I know has more computer memory devoted to music than we imagined conceivable five years ago.  However, none of this compares to the world class versions performed live.

Immediately following the Romanian Dances, came Yuja Wang and Bartok’s Piano Concerto No. 2. The piece opens with a brief fanfare, electrified by Wang’s playing. The layering starts almost immediately, with a violence more akin to Stravinsky’s Rites of Spring that the Symphony performed earlier this year. This piece is positively athletic in its demands on a pianist, demanding muscularity, virtuosity and stamina, and it’s hard to imagine a petter performer than Wang.  Her fingers were a blur, offering up powerful, scalar passages that more than stood up to the competing brass and wind sections.  One senses the music literally being torn apart by the competing forces. A brief respite is offered when the second movement opens with a night music section that moves with such glacial slowness that time stands still before Wang’s intro adds to the spell cast by the music. One doesn’t normally think of the timpani as a subtle instrument, but it did everything from almost inaudible thunder to electrifying jolts. The Presto sandwiched between the two adagios was relentless as Wang kept the piece propelling forward – as she did again during the Allegro molto.

Hearing this in rehearsal was all the more gratifying because the repeated sections provide the listener with multiple takes on the same music, deepening the experience in ways that a single run through just doesn’t. This is all the more important with Bartok, where a familiarity with the music provides a richer experience than appreciated on the first take.

The rehearsal closed with Tchaikovsky’s Music from Act III of Swan Lake.  This piece includes a march, a waltz,  and a half dozen other dances – which perfectly balance the dances that the rehearsal opened with.

Yuja Wang will be performing with the San Franciso Symphony, conducted by Michael Tilson Thomas through Sunday.  Even if you follow classical music religiously, this is one of those concerts that you’ll remember as a high water mark.