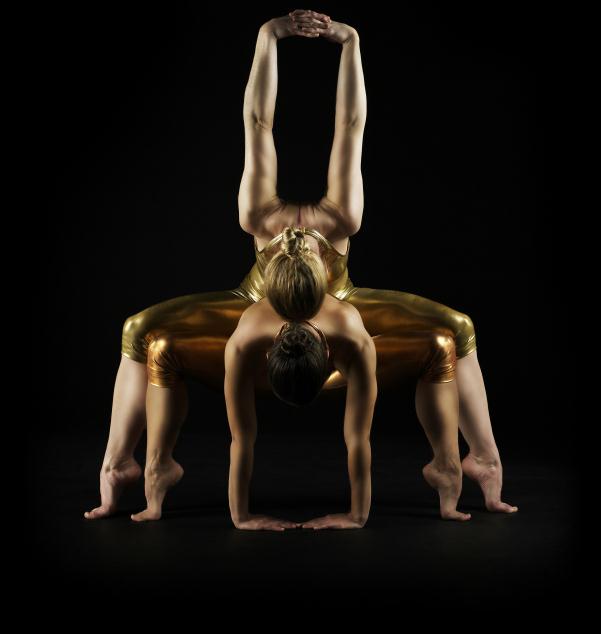 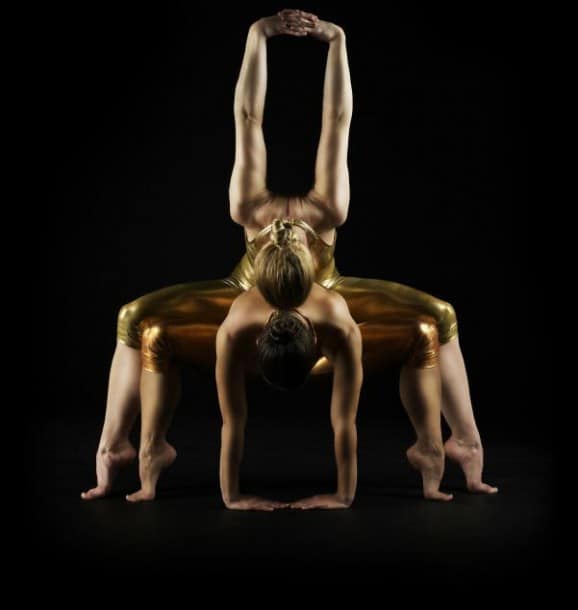 Opening over the weekend at the Z Space, Copious Dance Theater presented new works choreographed by Kat Worthington, Artistic Director of Copious Dance, and teacher at the Alonzo King Lines Dance Center. Presenting a series of four dances that ranged from cool and skittery to warm and centered, this three-day run places Copious Dance Theater on the list of new companies that balletophiles should follow.

The evening was bookended by Portals of Grace and Secret’s Lament, the two dances having the warmest feel to the evening’s offerings. Although Portals of Grace opened with sitar and tabla, it had a pulsating African beat that led the seven dancers in gold leotards through an intense series of connections and disconnections, with dancers folding into each other, separating, and coming together again to move as a single organism. Although movements were poorly synchronized, this dance immediately grabbed the audience’s attention with its athleticism and grace. Program notes stated that it “celebrates modern dance and beauty, psychoanalytic insight and spirituality, scholarship and performance, drama and humor.” While it may not be possible to read all of that into these movements, the piece was nonetheless accessible and engaging.

All attention was focused upon Jeffrey Van Sciver, a mesmerizing black dancer with impossibly long arms and legs. Transitioning from sharply articulated moves to movements as liquid as a long string of pearls, Sciver nearly stole the show. I later learned that he spent a lot of time with my very favorite Alvin Ailey videos when he was a teenager  – an influence that continues to inform his moves.

The other end of the evening was Secret’s Lament, whose heart was out there as palpably as the red costumes worn by the dancers. Opening with a pas de deux, which, like all good pas de deux, read much like a conversation between the partners. As an audience member, one wanted to be the ultimate voyeur, listening into this conversation… which kept being interrupted by other dancers, who kept picking on the same themes. The live accompaniment by Katy Stephan brought an immediacy to this piece that would have been otherwise lacking. Novelty was added when the far back stage opened up with white lights glaring into audience eyes while dancers walked into the light, making the point that this was about the compromises that go into relationships with an addicted partner. However, instead of chanting the usual pablum of 12 step programs, the dance also offered up the second section of the serenity prayer – “Grant me patience for the things that take time…” which provided a universality to this piece.

Within these two bookends was a gem by Worthington’s students called Opus. School pieces tend to be exactly that – but this was an exception. With music ranging from Vivaldi to tunes that grace the Pesach (Passover) table, this could have been interesting from a purely musical perspective. However, the interesting geometries of dancers – plus their chairs – added intense visual appeal.  The large number of dancers moved well together, indeed, better than pieces with fewer dancers.

Lighting during these dances was as fascinating exercise, as the stage was often dark, sidelighted by shinbuster lights that selectively picked up on parts of the dancer’s bodies. Much thought obviously went into this – which read exceptionally well.

Dance companies come and go in this town… and one travels hopefully that their favorite new companies will return. Copious Dance Theatre fits into this category. They are compelling enough to keep watching. One waits eagerly until their next performance.