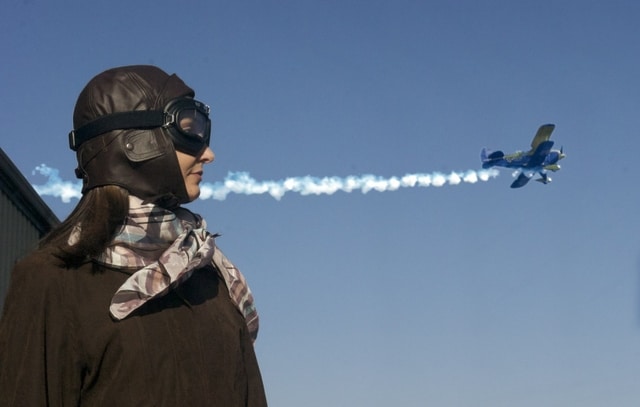 Tongue of a Bird

Tongue of a Bird is a profoundly difficult script. At the outset, it has the feel of a loosely woven mesh, whose strings tighten as the play advances. Ambiguous elements of the play never totally resolve, but we see characters merge, so that the emotional colors of one bleed into another so that they become almost interchangeable.

The Dragon delivered yet another gem that lesser companies would be reluctant to go near.

The title “Tongue of a Bird” derives, in part, from the sounds of a starling caught in a chimney, unable to escape. The conceit of flying is carried forward by the aviatrix Maxine and her absent mother, who appears as a demented Amelia Earhart.

Kateri Rose (Maxine), Heidi Kobara (Dessa) and Sandy Pardini Cashmark (Zofia) each delivered an impeccably nuanced performance of this difficult material. Even as the losses and anguish of one become reflected in the other, they remain autonomous to the end.  Dessa’s search for a lost child becomes mirrored as Maxine’s search for a lost mother. The lost child herself becomes mirrored in the lost mother, both of which who end up in Maxine’s uneasy bed. Each of these shadows the other, speaking to the universality of memory, knowing, forgetting, motherhood, grief and loss, which are writ large across this piece. Zofia as a heavily-accented grandmother acts as a fate, commenting on the action and revealing her part of the story bit by bit as the strings of plot slowly tighten. There was nothing easy about this material for any one on stage. 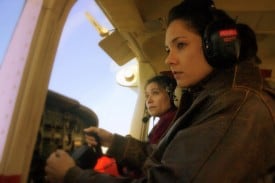 The catch with all of this is there is no respite from the darkness of the script.

The play advances in spaces between long rambling monologues with no comic relief to the darkness. Ultimately, one wonders whether this approach best served the material. Playwright Ellen McLaughlin’s subject material is rich, complex and ambitious; it’s important that this material have a voice on the stage. However, the script itself was over-written, verging into self-indulgence.

I’m curious  how this play will evolve during its run, as this cast can do justice to this difficult material.

Tongue of a Bird