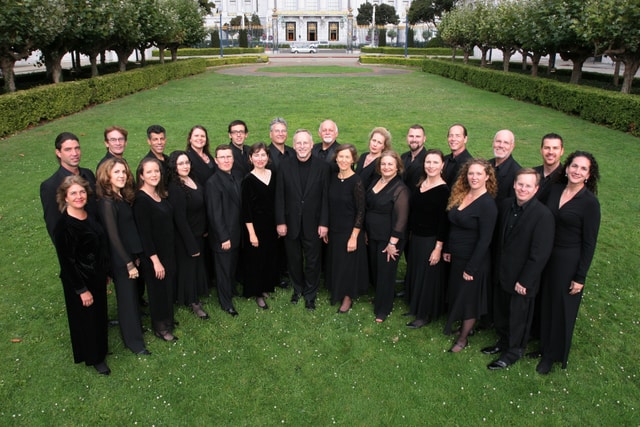 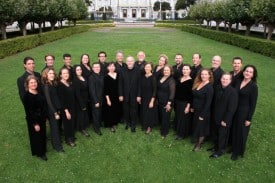 If you are really, really lucky, there will be a few high water marks in your life that you can point to as evidence that the human race is capable of extraordinarily inspired creations. Last night’s concert was one of those moments. With the shenanigans in Washington, the catastrophe in Japan and other events abroad, it’s been a difficult couple of weeks to be an intelligent person walking around the planet. However, for a brief space in time, Nicholas McGeegan manages to turn all that around  – and refocus upon the two years between 1796 and 1798 when Joseph Haydn got so much so right that it speaks right through the next 200+ years.

I have several recordings of The Creation, and I confess, I don’t listen to them often enough. Like The Messiah, this work cries to be listened to in its entirely, especially when soloists like soprano Dominique Labelle singing the part of Gabriel, tenor Thomas Cooley, singing the part of Uriel, and baritone Philip Cutlip singing Raphael, join the PBO’s already stunning chorus.

I first fell for Dominique Labelle when the PBO performed Orlando’s Madness, a 1733 opera that revisited French medieval Roland stories with a libretto by Carlo Sigismondo Capece.  As inconceivable as it seems, this time she’s even better. Her voice is so powerful and her range so extended that it soars above the full orchestra, the chorus and her fellow soloists only to come down with exquisite gentleness and nail whole rivulets of notes with fluid perfection.  Her opening of part II was just one of many examples of this. With a perfect vibrato, she delicately matched the flutes that open part II (“And God said: Let the waters bring forth abundantly…”) only to immediately stun the audience with her dazzling, full-throated, all-out delivery several lines later with the words “to the blazing sun.”

Baritone Philip Cutlip was equally amazing. We usually don’t anticipate a nuanced delivery by baritones. For most purposes, it’s amazing enough to hit the notes that they do without doubling over, let alone hit them with expression. However, Cutlip’s delivery is at once both tender and bombastic. The second section of part II  (“And God said: Let the earth bring forth the living creatures…”) was incredibly imaginative as he bouncingly brought forth the nimble stag, the pastoral cattle, and others before drawing out the long transition to the “sinuous trace the worm.” While this piece was no doubt fun for Haydn to write, Cutlip’s inventive delivery was far better than anything I’ve been listening to lately.  Since when did you hear a baritone who seemed to be having fun?

I’d be remiss if I failed to comment on tenor Thomas Cooley. Typical of his performance was his effortless delivery of lines such as “with softer beams and milder light.” Capable of rendering such lines with such infinite gentleness, he paired well with Labelle and Cutlip, matching them note for note in the difficult delivery of group pieces.

While the PBO is unfailingly excellent, every performance seems to teach me new things about these instruments. This time round, I was particularly struck by how much contrabassoonist Damian Primis brought to the performance.  The contrabassoon just kept chugging along, adding an unmistakable depth and beauty.  Likewise, Hanneke van Proosdij’s use of a fortepiano instead of a harpsichord added a luscious sweetness to the music, particular in the beginning of the “Adam and Eve” section.

Lastly, I suspect I wasn’t the only person marveling at what a great time musical director Nicolas McGeegan seemed to be having. Once again, he’s blessed all of us with the wonder of his works.  Thanks to him – and the PBO chorus –  this inspired performance makes a difficult season easier.  As long as these guys are making music, we just can’t throw in the towel.