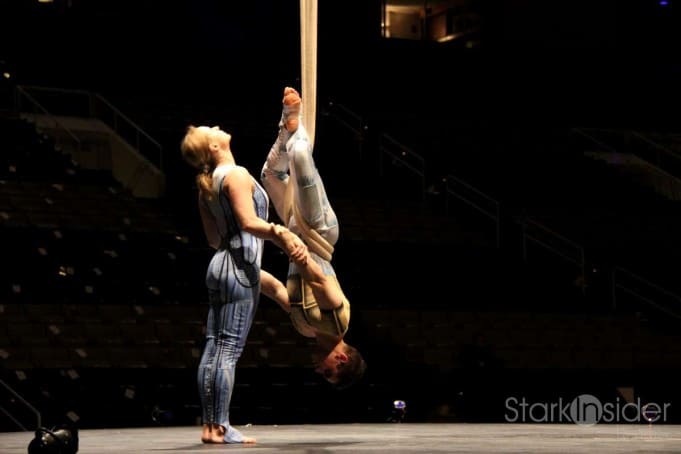 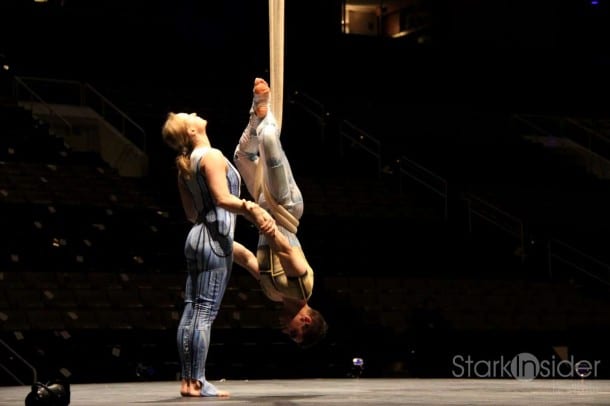 The circus is in town! Tonight the newest Cirque du Soleil show, Quidam, opens at HP Pavilion. Unlike OVO this one won’t be held under the “Big Top,” but the crew has transformed the very arena where the San Jose Sharks beat the Calgary Flames 6-3 last night into a magical world that Cirque is so famous for doing.

Quidam had its world premiere in Montreal under the Big Top in 1996. Since that time, the show has toured on five continents and been experienced by more than 10 million people. 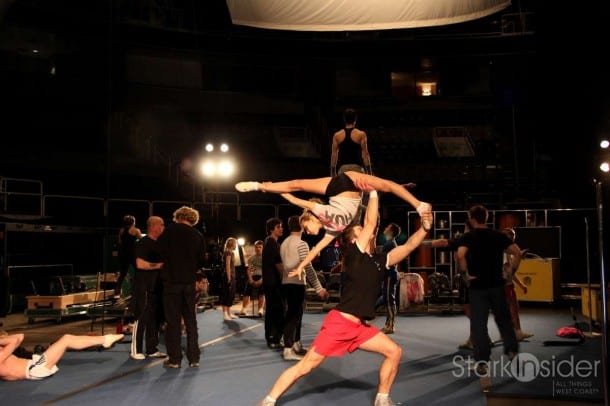 Stark Insider was invited backstage today to check out the transformation at HP Pavilion. We were able to watch the performers during rehearsal. It’s amazing when you get up close and see the physicality involved. With the artistry, costumes and music it’s easy to forget that these are high-end, and in some cases Olympic caliber, athletes.

Behind the stage, there is a small training room with ellipticals, weights and gym mats. Strength training, and mental preparation are intense and continuous as we witnessed on this (rainy!) day.

Mais Oui! Yes, there are many beautiful French accents to be enjoyed when you’re among the Cirque family. Some are French Canadian from Quebec, while others are the “real” accents from France.

We have the video in process – interviews with performers, warm-ups, technical run-throughs, training… and a whole lot more! Plus don’t forget to come on back to Stark Insider for the review of the show. See you at HP! 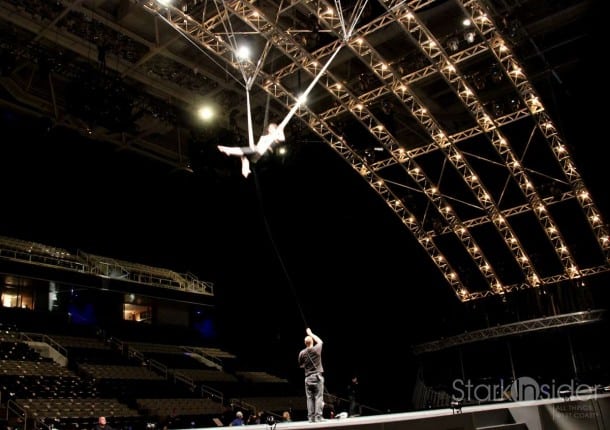