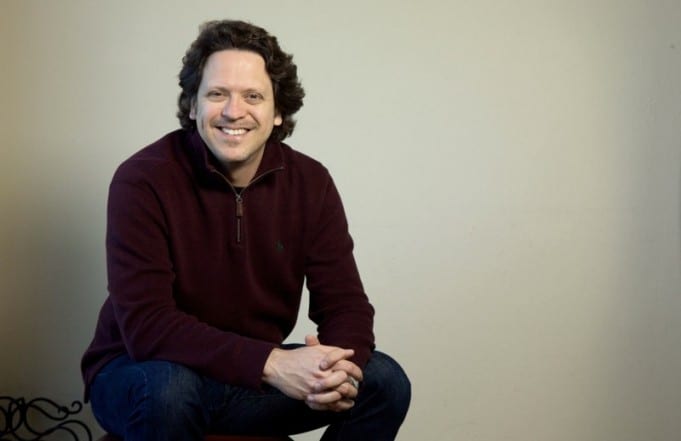 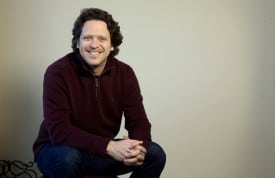 This afternoon was an excellent first entrée into the world of new music, called by others, avant garde, contemporary classical or simple modern. The San Francisco Contemporary Music Players, the region’s preeminent new music ensemble, premiered Four Movements by Ronald Bruce Smith, in an event moderated by Donato Cabrera. Cabrera, a natural teacher, was clearly in his element as he introduced each movement, conducting snippets to highlight passages, and deconstructing the work for the audience, before conducting it in its totality. Smith was on hand for the event, providing additional insight.

The first movement was titled Waves. Don’t be duped into thinking this was anything like soporific ocean waves; rather, think in terms of forming what you see on an oscilloscope. The movement opened with violin playing exquisitely softly (the score read “pppp”) in 4/4, oscillating between two notes before being joined by cello. The movement expands outward, first joined by the harp, and then the balance of the ensemble, as the density of the texture increases. The expansion continues with E♭ clarinet and flute, joining in to play an intensely regular and repetitious section – a pattern echoed by violin and cello as the piece gets progressively louder and more dense. The middle section incorporates a technique known as hawkit, an etymological cousin to the word “hiccup.” With the wave form created, it ends with a snare drum riff.

The second movement, called Caoidh, or lament starts with haunting minor key piccolo solo, joined by a violin, playing under the piccolo. This develops into a keening, the wail of grief. As Smith explained, microtonal inflections get extended. Instruments pick up on each other pitch and timbre, becoming indistinguishable for a time. Whistles get added. Smith says he listened a lot to whistles from the Hebrides and western Ireland, appreciating how much expression was drawn from the instrument using very simple technique. The movement ended with what Cabrera called “measures of unmeasured time, when the time signature was abandoned.”

Cabrera described the third movement, titled Scherzo as “technically, the most challenging.” It starts with the unlikely combination of harp and snare playing in duple rhymns, harp plucked sharply in attack. This is joined shortly by pulsed echoes of flute and E♭ clarinet, playing underneath it in a triple rythmn pattern before being joined by marimba, and later the entire ensemble.

This was an enormously successful afternoon – and I hope the San Francisco Contemporary Music Players continue to introduce new works to audiences in this way. This music should be taken seriously.  As it demands a little concentrated listening, the deconstruction is immeasurably helpful.