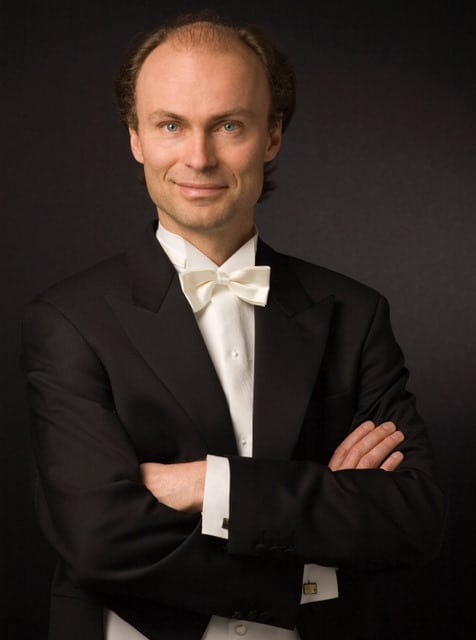 With radiation rising in Japan, news breaking about Libya, and a Congress  intent on de-funding Pell Grants and Head Start, going to the Symphony seems like an elitist indulgence.  However, it’s times like this that the arts mean the most to us. By looking to where we came from and what we value, both as a society and as individuals, we can put on some kind of face and move forward.

With a nearly psychic sense of programming, the San Francisco Symphony offered up their last performance of Bach’s Mass in B Minor yesterday afternoon. This was a perfectly fitting piece for this moment in time. Having not heard a live performance of this work for nearly 30 years, I was eager to return to a work that so defines the best of Bach’s choral works – and indeed western music in general.

Like the individual passages of Handel’s Messiah, to which this is often compared, solos of this Mass are commonly referred to by their opening words – a convention that I follow here.

This was more hushed and intimate Mass than the one I remember. Rather that a shock-and-awe approach with dramatically intense fortes, conductor and choral director Ragnar Bohlin drew the audience in. Short of pedagogical pieces, rarely have I ever been so conscious of each individual instrument  – both in terms of the instrumental solos that prefaced almost every vocal aria and as individual instruments working together to propel this forward.  The most memorable of the instrumental solos – although clearly not the only one – occurred during the Sanctus. Tenor Nicholas Phan’s supple treatment of the Benedictus qui venit in nominee Domini was introduced by a delicately rendered flute solo. Phan’s treatment of this material, accompanied only by cello, flute and organ, was sandwiched between two explosive Osanna in excelsis passages – a contrast that conductor and choral director Ragnar Bohlin made the most of.  Other notable instrumental passages were the magnificent trumpet and timpani on the last lines of the lengthy Credo.

Most other instances were less dramatic, although no less effective. The Kyrie, with it’s lovely violin opening sandwiches a Christe eleison aria by soprano Ingela Bohlin and mezzo-soprano Abigail Nims between two Kyrie eleisons by the chorus.  Each passage totally exhausts the possibility of what can be done with this material, leaving the audience amazed and stunned at what can be done with this simple six-word passage set as a texturally dense five-part fugue.

Perhaps most challenging was the lengthy Gloria that follows the Kyrie. Long and  complicated,  passages alternate between almost impenetrably dense texture and pristinely clear, such as the Laudamus te  soprano solo.  Ingela Bohlan and Phan joined together for the Domine Deus, followed by Kelley O’Conner, ending with Shenyang closing with the Quoniam tu solus santus, Tu solus dominus portion.

Balancing between chorus and symphony was as good as it gets, with neither overshadowing the other. Cello and bass worked as a unit, driving whole solos forward.

Program notes by Scott Foglesong were a pleasure to read, as was  John Goldman’s reminder that it was Seiji Ozawa who first decided that the SF Symphony needed a permanent chorus. Despite all my years in Boston, I was unaware of Ozawa’s connection to the SF Symphony – which is one I will have to continue to explore.