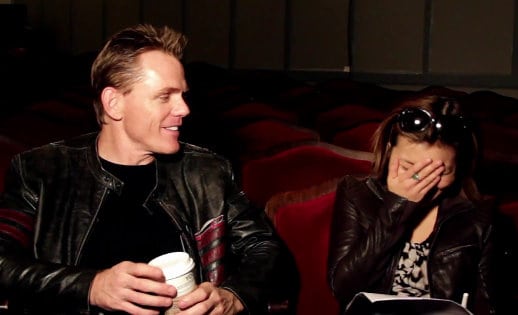 San Francisco may never be the same again. Tonight, Emmy Award nominated comedian Christopher Titus opens his new one-man show Neverlution at the Marines’ Memorial Theatre here in San Francisco. Employing “hard funny,” Titus calls for a revolution against technology, politics, racism, child worship and the prescription drug companies, a revolution he argues we will never have because we are fat, lazy and scared.

What’s in a rant?

Titus sat down with Stark Insider recently to discuss the show, his infamous upbringing, and even that out-of-control, undisciplined kid we’ve all seen at the local DMV. 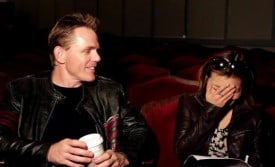 In the interview (see embedded video), which was shot at Marines’ Memorial Theatre, Titus tackles the big issues and topics such as healthcare, Sarah Palin (“She flips every crazy b@#!h switch I have, man”), and the lack of old-school parenting in America.

Plus, there’s the question: What does the existence of Lady Gaga prove?

We don’t want to give it away, you’ll have to watch the interview to find out the answer. Just make sure (a) you don’t have any youngsters around, and (b) you’re prepared to laugh hard, and often.

Titus debuted his first show, Norman Rockwell is Bleeding, at the Hudson Theater in Los Angeles in 1998. It was from this performance that the dark comedy Titus was born on Fox.

Tackling such difficult issues as the Iraq war, racism, pedophilia and even his father’s unconventional and ridiculous funeral – where he, with his brother and sister’s help, spread his father’s ashes in a casino – Titus’ second show, The Fifth Annual End of the World Tour, premiered in 2007 to rave reviews.

Love Is Evol – Titus’ third show – deconstructed relationships and waded into domestic violence, plastic surgery, custody and all aspects of the nightmare relationships that made him question the existence of God. The show premiered on “Comedy Central” on Valentine’s Day in 2009. Both Norman Rockwell is Bleeding and The Fifth Annual End of the World Tour are still currently airing on “Comedy Central.”