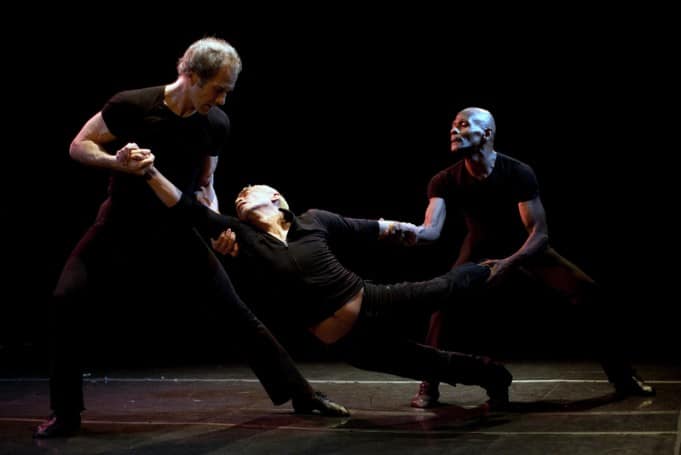 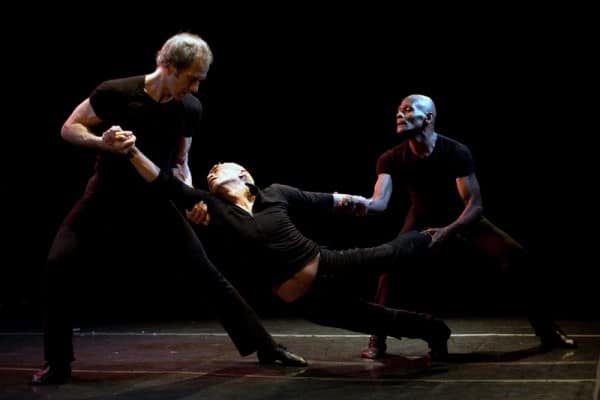 Jennifer Homan’s book Apollo’s Angels surfaced just before Christmas. This painstakingly researched volume underlay my New Year’s resolution to see more ballet. When the opportunity arose to check out Labayen Dance at the Dance Mission Theatre, I jumped at the opportunity.

Choreographer and dancer Enrico Labayen presents seven short ballets, four of which are brand new. Labayen, an elfin man with sculpted cheekbones and a 500-watt smile, told me that these works had been in production for four months.  In addition to the nine members of his dance company, he brings Clover Mathis, a former principal dancer with the Dance Theatre of Harlem, David Chase, a former soloist of the Martha Graham Dance company and Folawole, a dynamic male dancer with mesmerizing moves. Given these bona fides, the balletic virtuosity throughout the evening was unerringly high – and all the more refreshing in the humble venue.

In the second half of Apollo’s Angels, Homans’ criticism of the state of modern ballet is pretty relentless – and often right on target.  One need look no further than the season’s program for the SF and SJ Ballet, each with its reliance on the same repertoire to realize that new work is needed.  However, Homans is equally critical about the state of modern ballet which she says is foundered by a misplaced egalitarianism. She goes on to write “contemporary choreography veers aimlessly from unimaginative imitation to strident innovation – usually in the form of gymnastic or melodramatic excess accentuated by overzealous lighting and special effects.”  This is all-too-often true. Having seen dances that are little more than unskilled political screeds dressed up as ballet, and dance that relies on tech instead of skill, her criticisms  have merit.

The good news is that none of these criticisms apply to the Labayen company. Dynamic and gripping, the combination of dance and music (which ranged from Philip Glass, to Puccini to the Lincoln Center Jazz Orchestra) has the effect of picking the audience up, drawing them in, and leaving them in an altogether different space. It did this with artistry and sensitivity, without relying upon anything more than modest lighting. It did it without the over-athleticism of which that Homans’ speaks.  And most strikingly, the egalitarianism of this company is trumped by their virtuosity.  The grey-haired bodies of men no longer in their ‘20s had more fluidity and expression and power than many younger contemporaries – and were wonderfully refreshing to see. I left the theatre incredibly optimistic.

The dances titled “En-Gulf-ed,” “Icarus,” “Duet of Blue,” choreographed by Folawole and “Glass” provided some of the highest moments of the evening. Most of the audience did not want the these to end because they were just so gripping. The Labayen company moved with a unique unity during the “Glass.” Watching ballet can be perplexing, especially when there’s a nagging sensation that you’re missing something by focusing on two or three particular dancers.  Since the company worked so well together during “Glass,” this worry was put to rest.  In this sense, “Glass” worked more effectively than the dance titled “Sketches.”

I look forward to new performances by Labeyan Dance.  They’re doing brave work with a rare artistry – and are well worth keeping an eye on.