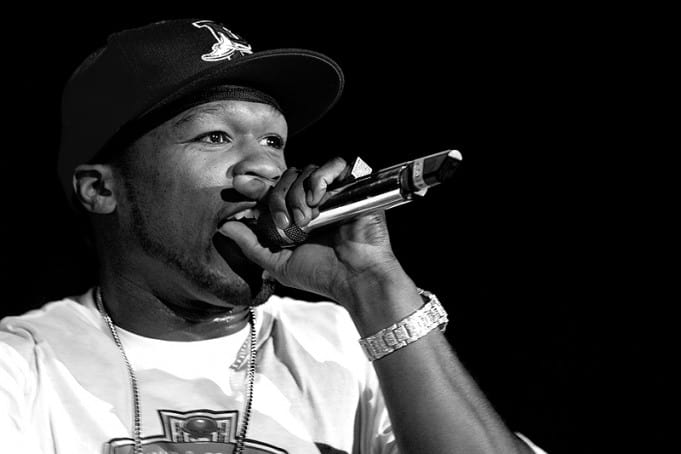 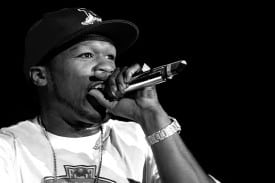 Calling all Sharpies. No, Bill Clinton will not be making an appearance, and neither will Justin Bieber. But CES 2011 will have its share of famous and semi-famous people in attendance including “television personalities, sports icons, award winning-actors and government officials.”

Your definition of “celebrity” may vary, so take the list that follows with a grain of salt. Organizers have just sent an email to press with some of the names that can be seen at the show this week (Jan 6-9).

It’s not exactly a priority for me, but nevertheless if you need to get your dose of Earth, Wind & Fire and Full Force who am I object?

So here we go, per the email from CES and CE:

Members of Full Force, R&B/Pop music performers, writers and producers who have produced and written for the likes of Rihanna, Lisa Lisa, James Brown, Black Eyed Peas and Britney Spears, will be in the Gulpfish booth (#26420, South Hall) every day of the show at 2 p.m. Bow-Legged Lou, Paul Anthony and B-Fine will engage CES attendees with a vocal talent search, performance and autograph session.

Acclaimed rapper 50 Cent will be hosting a press conference with Sleek Audio at 1 p.m. on Thursday, January 6 in S221, South Hall Connector of the LVCC. He will also be signing autographs from 1:30-2 p.m. on Thursday, January 6 and from 1-2 p.m. on Friday, January 7, in the Sleek Audio booth (#20352, South Hall), a personal audio company dedicated to advancing mobile audio through combining hearing aid science with loudspeaker technology.

Award-winning actor and celebrity Aiden Turner will be at CES representing Ty, a sleek, smart, cloud- and Bluetooth-enabled disc that attaches to personal possessions and prevents the loss of the items the Ty user values most. Aiden competed on Dancing With the Stars and was part of All My Children for seven years. Aiden will be in the Ty booth (#35750, South Hall) for a special event and autograph signing from 2-3 p.m. on Thursday, January 6.

Two-time snowboardcross gold medalist and World Champion Seth Wescott will provide insight about his road to becoming an Olympic champion and the role of technology in his career during a Sports and Fitness Tech Summit keynote address at 12:10 p.m. on Friday, January 7. Seth solidified his spot in snowboardcross history in 2006 becoming the first man to win Olympic gold in his sport, and then again in 2010 when he repeated his performance to become a back-to-back Olympic champion. Seth also will host an autograph session earlier in the day at the DeLorne Booth (#3327, North Hall) from 10:30 a.m.-12 p.m.

Earth, Wind & Fire will headline the annual Monster Retailer Awards and Concert. Celebrating their 40th Anniversary in 2011, Earth, Wind & Fire will perform a concert of its greatest hits with an orchestra. Thousands of CE professionals are expected to to enjoy the concert by the legendary eight-time Grammy Award winning group on Friday, January 7, 2011, at the Paris Hotel.

Interviews with celebrity pros who are living their life’s work will take place at 2 p.m. and 4 p.m. Thursday, January 6 and Friday, January 7 at the BlackBerry booth (#30320, South Hall). Lara Spencer of “The Insider” will be hosting appearances by actor, musician and filmmaker Adrian Grenier, actress and activist Olivia Wilde, journalist and host Piers Morgan and hip hop artist and actor Common. All will be talking about how doing what they love has transcended their careers to become their lifestyle.

Haier America will host NBA legends Bill Walton and Rick Fox. Two-time NBA Champion and NBA All-Star, Bill Walton will be signing autographs in Haier’s booth (#13632, Central Hall) from 2-5p.m. on Thursday, January 6. Walton is in the Naismith Basketball Hall of Fame and was named one of the NBA’s 50 Greatest Players of All-Time. Rick Fox, three-time NBA Champion and 1992 NBA All-Rookie Second Team will make an appearance from 11 a.m.-2 p.m. on Friday, January 7 in the booth.

One of New York’s leading mixtape purveyors, DJ Envy, will be doing a musical performance and Q&A session with NOX Audio. DJ Envy has peddled the latest exclusive freestyles by big-name rappers like Jay-Z, 50 Cent and the L.O.X. DJ Envy will be at the NOX Audio booth (#5438, North Hall) from 2-4 p.m. on Friday, January 7.

United by music to create a better world and spread Bob Marley’s vision of One Love, One World, the family of Bob Marley will unveil its first collection of audio electronics products from The House of Marley at Booth #7917, Central Hall. All Marley family members in attendance will be available for autographs and listen to jam sessions for the next generation of the Marleys, featuring Joseph, Frederick and Daniel Marley daily at 5 p.m.

Renowned artist David Garibaldi will perform with LuxMobile Group and display his famous art skills. David is known for his Rhythm and Hue performance art show, in which he created six-foot paintings of pop icons matched to the rhythm of upbeat music in just minutes. He has toured with the Blue Man Group and was featured in a documentary by director Chad Ross. David will be at the LuxMobile Group Booth (#3632, North Hall) from 2 p.m. on both Thursday, January 6 and Friday, January 7.

Celebrity chef Melissa d’Arabian will be a panelist at the CES Entertainment Matters, the Scripps Recipe for Success. Melissa was the season five winner of The Next Food Network Star, where she beat thousands of contestants for the chance to host her own Food Network show. Her daytime cooking show, Ten Dollar Dinners with Melissa d’Arabian, has become a Food Network favorite with her great recipes and ability to stretch $10 for four people. This session will take place at 4:15 p.m. on Thursday, January 6 in N250.

The CES Entertainment Matters Hollywood Creative Masters: A Media Money Makers SuperSession, produced by Variety, will feature several Hollywood masterminds; Tim Kring, creator of Heroes; Gale Anne Hurd, producer behind the Terminator franchise and Jeff Ross, executive producer of Conan on TBS. The SuperSession will take place from 10-11 a.m. on Thursday, January 6 in N255-57. Tom McGrath, director of Megamind, and Conrad Green, executive producer of Dancing with the Stars, also will be on hand. Media Money Makers session, Artists as Entrepreneurs, will feature Kevin Pollack and the producers of Lost at 3 p.m. January 7 in N250.

With health and fitness a top priority, it’s no surprise that the latest technology has been developed to match and meet the needs of consumers worldwide. Shellie Pfohl, Executive Director of the President’s Council on Fitness, Sports and Nutrition (PCFSN), will give insight into the latest news and initiatives of the President’s Council, and the impact of technology on the $93 billion sports and fitness industry. Shelli will be a keynote speaker for the Sports and Fitness Tech Summit, at 3:30 p.m. on Friday, January 7 in N260, North Hall.