We just received an email (see below) from TSD (“Trust for Sustainable Development”), the original developer for Loreto Bay, a resort located in Baja California Sur along the Sea of Cortez. While the location is beautiful, and the locals hospitable, the ride has not exactly been clear sailing for the builders of the coastal resort.

With the crush of a devastating economy, and likely years of mismanagement, TSD announced in the letter thay they have “not been able to secure sufficient funds to continue the development of the Project as originally envisioned.”

Of course this is not a surprise to any of us that own homes in Loreto Bay.

TSD has long been a mysterious organization, and mostly uncooperative with home owners in efforts to move the community forward. Then again, to be fair, the company, as they note, is surely inundated with lawsuits; then there is the matter of home owners defaulting which can curtail the best of intentions in an industry that lives and breathes on cash flow.

So now the blame game.

It’s almost as if TSD has thrown up their arms like a child, “It’s not me, it’s you!”

All of us pretty much knew–with utmost certainty –that the writing was on the wall with TSD when they stopped development, stopped paying contractors and stopped communicating with home owners last year.

Homex, a large Mexican developer, if not the big white knight we all so desire in the project, is for now at least a glimmer of hope. They’ve set-up shop, invested in land and are now proceeding with a phase of new homes that would sit adjacent to the original two Loreto Bay neighborhoods. This is great news for the Loreto Bay development, and the entire region. 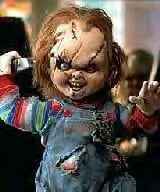 It’s a disappointing email from TSD, yet it’s consistent with their secretive and, at times, less than conciliatory approach. And I wonder why they thought it necessary to poke home owners, distance themselves from (the reputable) Homex, tell us that they can’t get money (which we knew), and then conclude with a hollow platitude:

“It is unfortunate that the Project, as originally envisioned by TSD will not be achieved; however, we believe the foundation has been set out for future development companies to make Loreto Bay a destination homeowners may enjoy.”

Ultimately, I’m not so sure it’s unfortunate, as he suggests.

If any foundation has been created, it’s thanks in large part to the strong community of home owners that have harnessed social media and an impressive roster of organizers and leaders that have committed to see the project succeed.

The good news: Loreto remains one of the most beautiful travel destinations in the world, and there are many positive chapters in its future.

(note that although we received this “email” today, it was dated 9/28)

As you know, TSD Loreto Partners S. en C. por A. de C.V. (“TSD” or the “Company”) has been diligently working with its secured lenders, FONATUR, local and state government authorities, federal tax authorities, contractors, homeowners, Beck Construction, and unsecured creditors to try to secure new funds and develop a reasonable plan to provide continuity to Loreto Bay (the “Project”) as a whole. Unfortunately, the Company has not been able to secure sufficient funds to continue the development of the Project as originally envisioned.

During this process, many homeowners have not met their obligations, creditors have exercised their contractual and legal rights and Company assets have been subject to liens and foreclosure actions. Nonetheless, the Company has used its limited resources to work with creditors to reach agreements on substantial reductions in the amount of their legal claims, and to work with homeowners who defaulted on their contracts prior to June 6, 2009 to arrange payment programs. The balance of our resources have been committed to defending claims from third-parties who have attempted to take an unfair advantage of the current situation based on false, unfounded or misleading claims.

TSD understands that despite the significant efforts expended by the Company to achieve the best outcome for the overall Project, not every homeowner has been or will be satisfied with these results or with TSD’s responses to their inquiries regarding the status of the Project or his or her individual unit. Even though TSD has tried to resolve many of the issues for which TSD is legally responsible and to keep the lines of communication open on these issues, TSD cannot resolve the remaining outstanding issues to the homeowners’ complete satisfaction, regardless of how many times or in how many different forms the issues are presented. Nonetheless, TSD believes that it has responded candidly to all issues raised by homeowners when and where possible.

Finally, there has been much speculation regarding the purchase of certain assets of the Project by Homex and the relationship between Homex and TSD. To set the record straight and avoid future misunderstandings, TSD has no contractual or legal relationship with Homex. An affiliate of Homex is the owner of certain assets of the Project that were previously owned by the Company and foreclosed by TSD’s creditors. TSD, in its efforts to assure the continuity of the Project, is cooperating with and providing information to Homex as required even though this acquisition of assets by Homex did not create any legal or economic relationship between TSD and Homex. TSD continues to be a separate and independent entity solely responsible for its obligations and prepared to defend its rights against third-parties that continue to try to affect TSD’s interests, including defending against those homeowners that have opted to initiate a harassing and defamatory battle against TSD’s and its officers based on false, unfounded or misleading claims.

It is unfortunate that the Project, as originally envisioned by TSD will not be achieved; however, we believe the foundation has been set out for future development companies to make Loreto Bay a destination homeowners may enjoy.