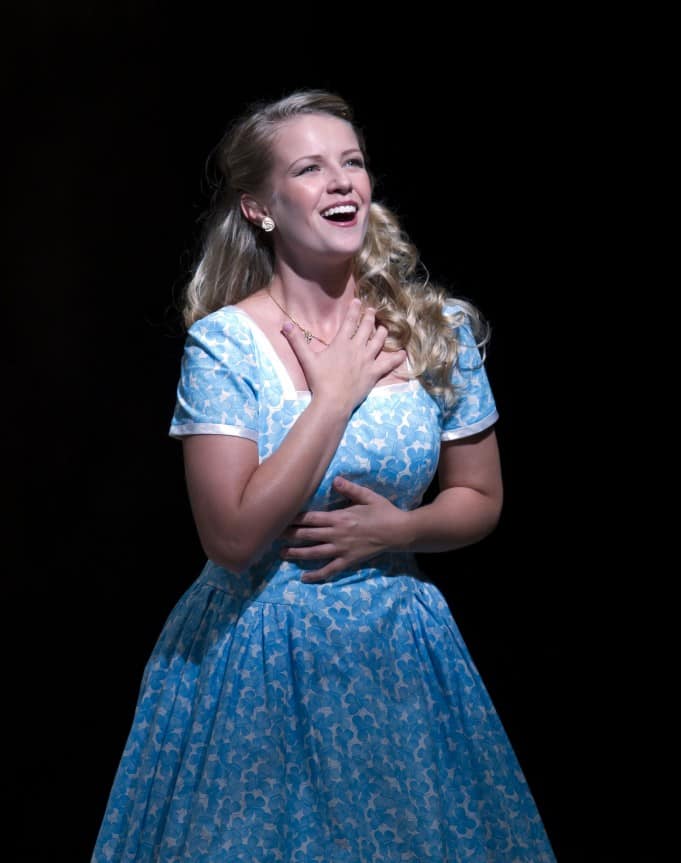 The Light in the Piazza

Music and Lyrics by Adam Guettel

After seeing a lot of flash-and-glitz theater of late, The Light in the Piazza felt like coming home. Similar to the stereophile who is more psyched about his sound system than the music it plays, some theatre relies more upon technical gimmicks than the actor’s skill. Light in the Piazza is not that kind of production. It was honest theatre that relied on the actor’s craft, rather than whiz-bang distractions.

Set in 1953, The Light in the Piazza is a rather sweet, fragile story of cognitively impaired Clara (Whitney Bashor) who falls in love with Fabrizio (Constantine Germanacos) while traveling in Florence with her battleaxe mother, Margaret (Rebecca Eichenberger). The plot takes the audience through the various machinations of Clara’s mother and Fabrizio’s father (Martin Vidnovic) before arriving at a rather predictable conclusion.

While the story itself was a little thin, the quality of the acting raised it to a whole new level. More than anything else, these people were interesting to watch. Even the minor characters of Guiseppe and Franca Naccarelli (Ariela Morgenstern and Nicolas Aliaga) were well developed, with dramatic tensions of their own. This is what that magic of good theatre is all about. 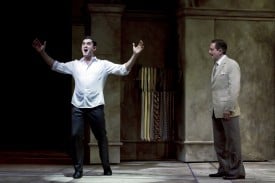 Most intriguing was the development of the character of Margaret Johnson. At the outset, she was perfectly repulsive, embodying all the attributes of the barbarian American abroad. However, by the end of the play, she was the most sympathetic character of all – which is a difficult transition to pull off. Getting the audience on her side was so central to the drama that one invariably took her side in her various arguments with her husband and Signor Naccarelli, Fabrizio’s father.

Signor Naccarelli was also was also particularly fascinating. Even though his character wasn’t particularly complex, people-watchers would find him mesmerizing.

I’d be remiss if I didn’t mention the vocal strength evident in all of the musical numbers. Vocally, the power of Constantine Germanacos and Ariela Morgenstern’s respective voices was stunning.

We are fortunate to have TheatreWorks in the community. It’s a relief to return to honest theatre that relies on solid acting, strong vocals and inspired costume design to make a play so agreeable. Director Robert Kelley delivered up a small gem with this one.