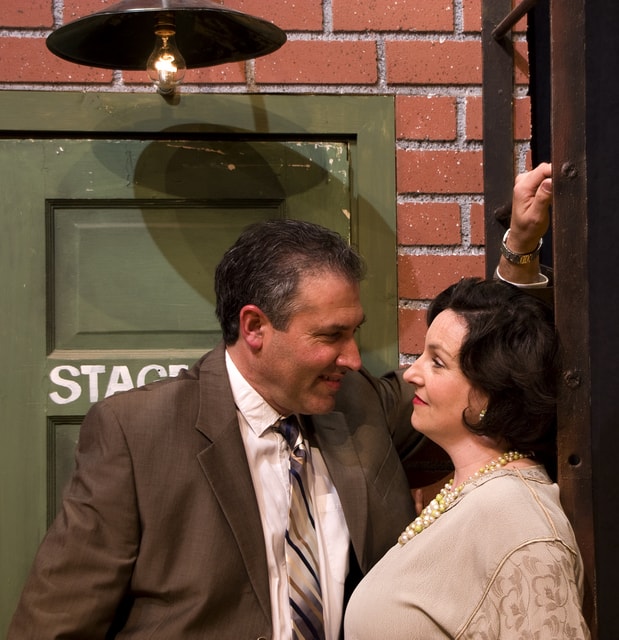 Throughout the first act of the Hillbarn’s Gypsy, I wondered why it seemed so lackluster. Annmarie Martin (Rose) is a commanding vocalist. Dan Kapler (Herbie) and Annmarie are perfectly cast together. The child dancers, especially in the newsboy scene, are incredibly well-focused. The busy opening was hard to pull off on such a small stage, and this was perfectly blocked.

Still, short of the children, I just didn’t like these characters. It wasn’t a matter of them being good or bad or anything else. They just weren’t particularly engaging. There are a thousand and one perfectly evil people that I’d love to have a beer with – but these weren’t those people. I couldn’t figure out, why this wasn’t working, short of the cast pulling their punches.

But then came the second act. As the character Rose said, “If you give them a good strong finish, they’ll forgive anything.” Perhaps the cast was stealing a page from their own script.

I should have seen this coming, as there was a glimmer of better things to come at the end of the first act. 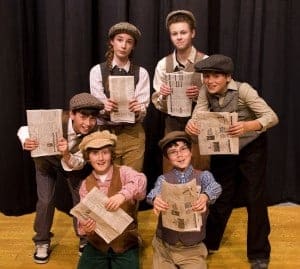 Forrest Cronin’s (Tulsa) duet with Milly Boyce (Louise) completely pulled me in. Little did I appreciate just what a change was in store. Just as Louise became Gypsy Rose, and Rose’s blindness turned to malevolence, the entire energy of the cast seemed transformed.

I do not think anybody in the house wasn’t transfixed as Annmarie Martin metamorphosed into a truly malignant mama in “Rose’s Turn.” Her facial expressions remain etched in my mind as her psychological world collapsed during this song. Martin’s timing and pacing of Rose’s unmasking throughout this song was spellbinding.

The transformation of Martin and Boyce was all the more effective as it was neatly balanced against the high comedy of the burlesque strippers. Interspersed moments of comedy and drama had effect of heightening both of them.

I ended with great affection for Hillbarn, which was a new venue to me. Like Palo Alto Children’s Theatre, they have been blessed to be associated with the late Wendall Cole. Like the Palo Alto Players, they trace their founding to Robert Brauns and Sam Rolph. The facility itself brings its own fascination with the catwalk stretched over the heads of the audience and the band visible via closed circuit television in the back of the house.

Gypsy is the last show of the 2009-2010 Hillbarn series. Their upcoming season will be their 70th – and it promises to be a gem. Dubbed “A Season to Die For”, it brings us Chicago, Dial M for Murder, A Wonderful Life, Holes, Separate Tables and The Drowsy Chaperone. If this production is an indication what they do, I know I’ll be back for more.

Gypsy
Hillbarn Theatre (Foster City)
3 out of 5 stars
Directed by Bill Starr
Through May 30, 2010