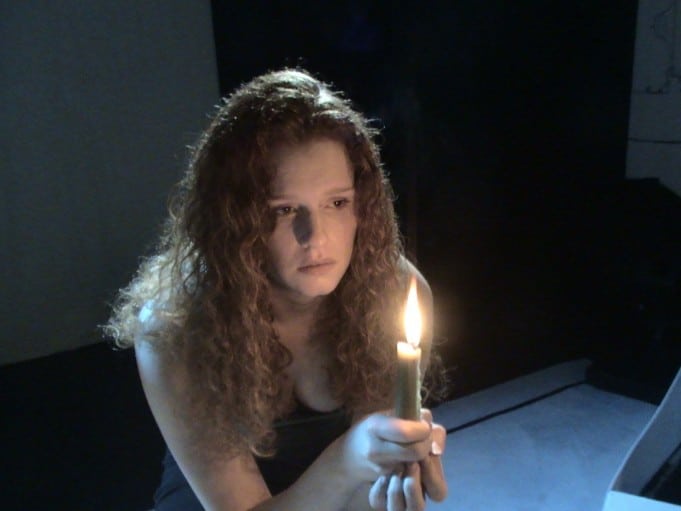 Given that small theater companies come and go faster than restaurants on Castro Street in Mountain View, the tenth anniversary of the Dragon is cause for celebration indeed.  After shepherding the company through six years of a quasi-nomadic existence, managing artistic director Meredith Hagedorn oversaw the 2006 $120,000 renovation of a tiny Alma Street art gallery and turned it into a performer’s dream space.

This 42-seat venue is small enough so that those in the back row can catch the slightest narrowing of an actor’s eyes. The close contact between audience and performers heightens the experience for even the most jaded theater-goer.

Burn This is the second show of this celebratory tenth anniversary season, and is worth going out of your way to see.  I was so wrapped in the drama, my Blackberry ceased to exist and my hypercritical mind stopped its chatter.

Set in 1987 Manhattan, Burn This, this production retains the freshness and universality that make it a highly desired script for many Bay Area performers.

All of us once had the same ratty couch that anchored the center of the set (indeed, the stranger next to me joked that she had the couch before the large front stain landed on the seat front).  All of us had some variant of the yellow enamel kettle nested on the top right kitchen shelf.  All of us – or maybe only the lucky ones  – had these characters as roommates, lovers, and friends.  Director Dale Albright brings us back to ourselves in this well-crafted production about how characters come together after the death of a gay dancer. 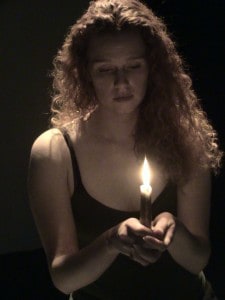 Intense and powerful, the emotional performances Matthew Lai (Pale) and Sarah Kate Anderson (Anna), don’t stand in the way of the laugh-aloud humor that ripples though the production.  Jeff Clark (Burton) and Danny Martin (Larry) both do a masterful job.

Burn This will be running for four weeks at the Dragon Theatre on 535 Alma  (near University) in Palo Alto.