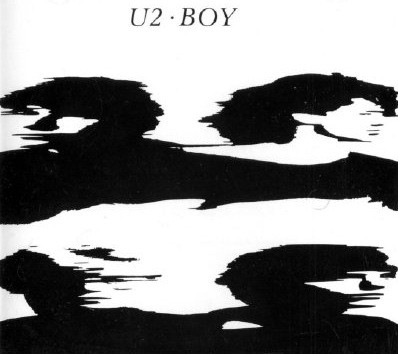 It’s easy these days to see U2 for what they are: a rock juggernaut of epic proportion. If once they were purely about music—if politically charged—now they are about the higher order, global good, and cultural impact.

“Fly” sunglasses, now a Bono trademark, brand the band as much as a video of the group famously playing Where the Streets Have No Name atop an apartment building in L.A., or making live phone calls to then elder President George Bush during Zoo TV concerts.

I liken U2 to a Silicon Valley tech company in many ways. They never stop innovating; or at least trying, albeit not always successfully (the underrated Pop) to transform their sound. And never seem to be happy where they are, at any given moment. You can see the thoughts running through their minds in interviews. What next? Push the envelope! Status quo? No way!

But times have changed.

Once, on the rough-and-tumble streets of Dublin, this band, U2, screamed for attention. Guitars blazing. Drums beating furiously. U2 had a message for the world. Man, was it awesome. The sound, of course, didn’t yet have the professional sonic guidance of Brian Eno who would take The Edge’s multi-layered guitar sound to new heights. But it had the rawest of human emotion, and the lyrics of a modern-day political poet. It was real. And it was, and is still today, unparalleled.

So, looking back at all twelve of U2’s studio recordings I felt it was time to rank them.

What are the top 5 U2 albums of all-time?

The trademark U2 sound that defined The Joshua Tree was actually incubated on this, by comparison, smooth and calm album. The hysterics and rough edges have been dutifully shaped using Eno’s ear for ambient layering. Still the message, fortunately, is not lost. Instead the new sound makes U2 more approachable and would pave the way for unfathomable commercial success just a few years later.

A hidden gem, “Bad,” is one of the most riveting U2 songs of all-time, penned in dramatic, poetic fashion by Bono: “This desperation / Dislocation / Separation /Condemnation.” The crowd at Live Aid in 1985 had no idea Bono would tear up the stage with an extended, improvised version of that song, or jump into the crowd, then dance on stage with a fan in a show-stopping highlight. The band had proved they could perform live, soon they would would prove they were here to stay.

The Edge tones down the reverb.

Harsh and searing, War, along with Boy and October that preceded it, represent classic U2. If you only know the U2 of 1986 and beyond, then you’re missing a major lesson in music history. And vivid imagery: the streets of Dublin; the anger over war everywhere around the world; and, of course “Sunday, Bloody, Sunday.” Ironically, one of my favorite all-time U2 songs, “40” quietly bookends this album. It’s like a nap and some orange juice, after a 40-minute firestorm.

From band to rock stars.

There was no escaping the extraordinary grip this album had on the air waves and the music industry. Bono had somehow transformed from mere frontman, into full-on Rock God, even sex symbol. I was in high school and everyone owned The Joshua Tree, most on cassette. Every single party would start, “I wanna run…” It is an opus. The music, although so heavily played and worn many times over, still sounds contemporary. The lyrics are brilliant. In comparison to other 80s albums, this one manages to transcend, not overdosing on hairspray or Roland D-50 sequencing.

I think many would rank Joshua higher. That’s understandable. It, along with Achtung, are undoubtedly the two modern day U2 masterpieces. Perhaps two of the best rock albums of all time. But what makes Achtung Baby even more remarkable is that it completely changed the game. When Bono announced during a 1989 New Year’s concert that U2 would regroup, no one expected this result. Leather pants. Fly sunglasses. Techno beat, and industrial rock. This was light years, thankfully, from Rattle & Hum. It was fresh, and completely unique. It indeed changed the game.

To start with U2, star with Boy, the raw, explosive beginning.

Not as easily digested as later recordings such as Joshua, it takes repeated listenings to settle. But like any master work, the effort pays off. Sometimes it comes across as slightly above-average garage band, with occasional rough sound or a mess of jumbled guitar, drums and bass all fighting for attention. The sense of place is undeniable though. This is Ireland. Dublin. Tensions and emotions are high, and I don’t think anyone has every captured it musically as well as U2.