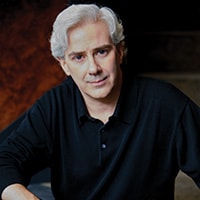 The six show schedule includes a World Premiere, two West Coast Premieres and one Regional Premiere. Rick Lombardo, artistic director, who will direct three plays, says, “It has been a wonderful year getting to know the Rep community better with each passing play we’ve shared together, so I’m especially excited to be announcing this new slate of work which I believe will touch our community in so many powerful ways.”

Shows currently scheduled for the 30th anniversary include: Black Pearl Sings, Secret Order, Backwards in High Heels, The Dresser and Love in American Times. One show in March 2011 has yet to be named.

30 years ago this past January, James P. Reber drove his VW up to Sacramento and incorporated the San Jose Repertory Company. $30,000 worth of seed money helped propel the vision into reality. The first play came out in January 1981. And the rest, as they say, is history.

Visit StarkSilverCreek all season long as we bring you Theater and Arts coverage with a splash of Web 2.0.

Rick Lombardo says it best, “I know we’ll be taking an adventurous ride together next season at The Rep!”

Go backstage at The Rep with Rick Lombardo

“It has been a wonderful year getting to know the Rep community better with each passing play we’ve shared together, so I’m especially excited to be announcing this new slate of work which I believe will touch our community in so many powerful ways,” states Rick Lombardo. “It’s a year that includes the smart, cutting-edge drama of Secret Order, the simple, beautiful and moving power of Black Pearl Sings, the sheer delight of Backwards In High Heels, the bravura actor turns in The Dresser, and the World Premiere of Philip Kan Gotanda’s smart, new, sophisticated, romantic comedy Love in American Times. I know we’ll be taking an adventurous ride together next season at The Rep!”

The 30th Anniversary Season begins with the West Coast Premiere of Black Pearl Sings. Rick Lombardo will direct this powerful story about the capacity of music to help heal the struggle between the past and present. The Herald Tribune claims “[Black Pearl Sings] reaches into the soul of a nation and pulls at the heart and mind.” Black Pearl Sings confirms music can transform pain into beauty and that the strength of the unaccompanied human voice is unparallel in its capacity to sooth the soul.

Next is the West Coast Premiere of the fast-paced, biomedical thriller, Secret Order by playwright Robert Clyman (Tranced 2007-08). Corporate greed and the politics of science collide in this biomedical thriller. The New York Times calls this brilliant exploration of the business of science “… taut, twist-filled and an appealingly cynical drama … full of dazzling moments.” The responsibility of science hangs in the balance as the race for notoriety rages in this outstanding drama about the high-stakes of science.

For the holidays, the Rep presents the Regional Premiere of the enchanting, new musical, Backwards In High Heels. This funny, moving, toe-tapping account of Ginger Rogers’ public and private life will be directed by acclaimed director, Scott Schwartz, and is the perfect package of holiday joy. This intimate musical dances its way through Ginger’s life with unforgettable music, show-stopping dance numbers and a captivating story that chronicles the legendary actress’s journey from hometown to Hollywood. Funny, moving and a visual feast, Backwards In High Heels is a toe-tapping, swirling, gliding account of her ambitious public and private life.

In January, Lombardo takes the reins and directs The Dresser, a touching and poignant tribute to theatre, unrequited love and the human spirit. This production stars two leading Bay Area actors, Ken Ruta as “Sir” (Dr. Jekyll and Mr. Hyde, 2007-08 and Later Life, 1994-95) and James Carpenter as “Norman” (As You Like It, A Picasso, Wintertime, By The Bog of The Cats… , Ctrl+Alt+Delete, Sideman and The Matchmaker). This love letter to theatre captures the triumph of the human spirit and the bonds of friendship in the face of extraordinary situations as “the art” emerges victorious over turbulent circumstances.

In May, the 30th Anniversary Season reaches a fitting finale with the World Premiere of Philip Kan Gotanda’s newest play, a contemporary, romantic comedy, Love in American Times. In Love in American Times, Gotanda explores the evolving themes of love and gender in 21st century global America in a story that explores the relationship between a powerful older Caucasian man and an accomplished younger Asian woman. The age-old tradition of matchmaking takes a contemporary twist when these powerful, self-made, accomplished and attractive individuals redefine courtship and create new rules that bend the nature of nuptial. Is there room for love with two intractable egos, single-minded practicality and no shortage of money or power? This sizzling, smart, sophisticated, romantic comedy marks Gotanda’s third World Premiere with San Jose Rep. Gotanda’s critically acclaimed The Wind Cries Mary (2002-03) and Sisters Matsumoto (1998-99) were extremely popular with Rep patrons.

“A few years back I was at a wine tasting party in the Oakland Hills where an acquaintance told me of a woman who discreetly matched up very wealthy, single Caucasian men with accomplished, very attractive, single Asian women for the purposes of marriage,” states Philip Kan Gotanda. “Taken aback but intrigued, I began to think of Silicon Valley, of issues of race, sex, age, America, Asia, evolving-wax-and-wane-colonialism, new capitalism, big corporations and, of course, love – and the story was there. Though Love in American Times is a comedy, it tackles themes that can at times be challenging for audiences. It is a testament to San Jose Repertory and Rick Lombardo’s forward-looking vision of American Theater that they are willing to give original, provocative stories a home.”

The Rep’s tradition and commitment to outreach and arts education continues in this 30th Anniversary Season with the birth of San Jose Rep on Tour. Recognizing that school funding for field trips and transportation has greatly diminished, the Rep’s newest education outreach initiative will take ‘theatre on the road’ and bring professional productions of classic plays directly to high schools throughout the region. San Jose Rep on Tour is modeled after the successful program implemented by Rick Lombardo during his tenure as Producing Artistic Director at New Repertory Theatre in the Boston area. San Jose Rep on Tour will feature the talents of some of the finest professional artists and leading performing actors in the Bay Area. The program launches with Tennessee Williams’ The Glass Menagerie in fall 2010.

“Next year will also see the introduction of our newest Educational Outreach program – San Jose Rep On Tour. This Education Outreach initiative is based upon a program I began almost ten years ago in the Boston area, and which now serves nearly 40,000 high school age students annually,” Lombardo continues. Rep on Tour will bring professional productions of classic plays, which are studied in the curriculum, directly to schools throughout our region. We will begin this program next year with Tennessee Williams’ The Glass Menagerie. We are very grateful to our multiple funders, who have rallied around this idea of deepening the work we already do with local schools, especially Bank of America and the Packard Foundation.”

In addition to San Jose Rep on Tour, the Rep offers engaging Post Show Discussions and Ghostlight Forums, which invite patrons to participate in lively discussions about the productions with the artists and community leaders. The Creative Playshop series offers a place for children to learn and explore the themes of the main stage productions through improvisational workshops, while their parents watch the performances. The Rep provides an ASL interpreted series for our hearing-impaired subscribers on the final Saturday matinee during the run of each show.

# # #
About the Rep
Celebrating its 30th Anniversary Season, San Jose Rep is an award-winning, non-profit, professional theatre company in the South Bay, presenting six main stage productions each year. As a major contributor to South Bay’s cultural community for 30 years, the Rep’s mission is to engage, entertain and inspire people. The Rep produces innovative theatrical performances that offer fresh perspectives into the human condition, educational programs that promote life-long learning, and outreach initiatives that benefit our diverse community.