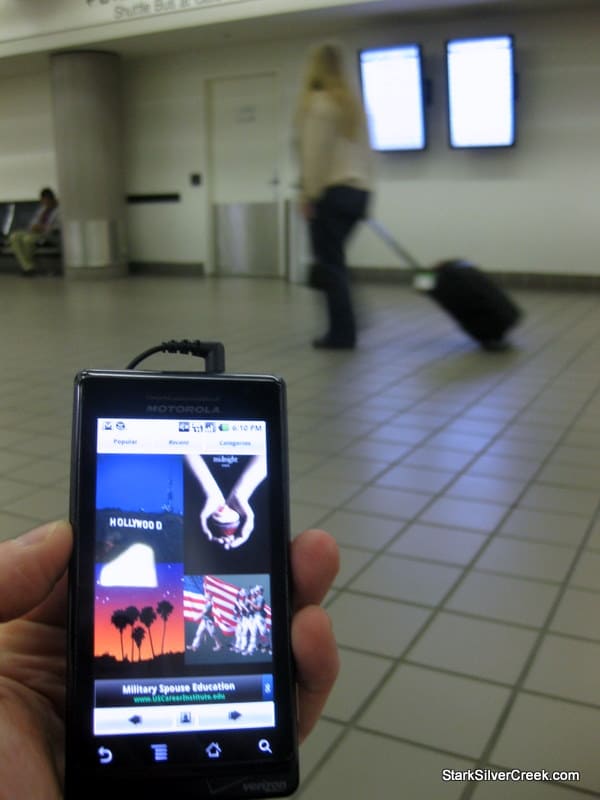 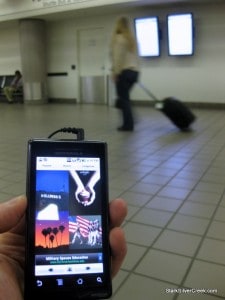 Two things were clear to me after our Baja adventure came to an end tonight as we landed in LAX: the Loreto Bay development in the Baja is going to be just fine; and the Motorola Droid is a definite keeper. Despite the lack of Verizon coverage in Mexico, I was able to frequently check emails, and our corporate calendar thanks to some wi-fi hopping along the Sea of Cortez.

But we’ll have plenty of Loreto coverage on SSC in the weeks and months ahead—soon enough you’ll find out what 40GB+ of content looks like thanks to a never ending stream of colorful photos and HD video.

For now, though, the Droid. A full review is coming shortly. Meantime, I have to say I’m very impressed. Very. To be fair, this is partially because my expectations were tempered. After all this is the first Android device from Motorola, a former shining star of the mobile industry. Further, it was running a new version of a mobile operating system that is still little over a year old.

Then there was the cheeky marketing campaign (which iDon’t like) that suggested it was everything the Apple iPhone was not: iDon’t. Again, I repeat, the Droid is not an iPhone killer. I think most sane mainstream media people get this too. But it is probably the next best thing out there—and in many ways it’s better. But Google needs an iTunes killer to truly compete against Apple; a media center that can seamlessly sync all sorts of content including movies, music, podcasts, videos, etc. Google has nothing here (yet).

On my trip, I must have walked about 100 miles… downtown Loreto, up and down the dusty Paseo, through the Farmer’s Market, and, of course, the large SFO and LAX airports. And, by the way, even Loreto’s airport is starting to look like it means business. And I carried the Droid in my pocket every step. Just for fun mostly. But, on occasion, we had meetings, emails, and other business to take care of back in San Jose. With a wi-fi hotspot, we were able to check up on business easily. The sharp, large screen enables easy browsing. Granted, we would not type out long emails, or use it to write our next business plan, but for checking in and short communications it’s perfect.

The layover on Alaska between LAX and SFO is peculiarly long on Loreto trips. The good news is we don’t find ourselves in another race across terminals and councourses. Also, it gave me the chance to test two apps that should be of interest to frequent travelers. They both use GPS in combination with directories to pinpoint local destinations of interest: gas stations, coffee shops, restaurants, theaters, etc.

This is the first one I tested. It, along with Aloqa, are available free from the Android Market.

Google Places offers a simple, vertical scrolling menu of categories. I chose coffee, and within seconds I could see local Starbucks, and, better, Peet’s Coffee locations. Clicking on a specific destination provides contact information and reviews if available.

Aloqa is the sexier of the two, although the end result is similar. Launching the app pulls up a homescreen filled with colorful icons representing a variety of categories. I hit coffee, and, unlike Google Places, was provided a submenu where I could further chose Starbucks or Peet’s. This app is still in Beta, but so far I’ve not encountered any issues. I like the Yelp reviews which pop up quickly along with restaurant listings along with the star ratings.

For frequent travelers, load up at least one of these apps. They’re great for entertainment and after work plans, but also server practical needs such as locating gas stations and hotels.

While we’re at it, here in LAX, another fun one for your Android: Backgrounds. Simple enough, it allows you to browse through images, photos and art across several categories. With a single tap you can set any of them as your wallpaper. If you have a Droid be ready for some really impressive eye-candy. The colors are vibrant, crisp.

One final note. You may read complaints about the Droid keyboard (the physical slide-out one). Not to worry though. Unless you have really large fingers, in my experience the keyboard performs just fine. I don’t think quite BlackBerry speed, but close with practice. And it gives you the benefit of being able to see entire screen as you type which comes in handy more times than you might think.

I think Loni wants me to remove my headphones, I see some hand motions. Too bad, looks like my peaceful airport music bubble may have just popped; Slacker… another great app for Android. Streaming music with artwork. No issues. Just works.