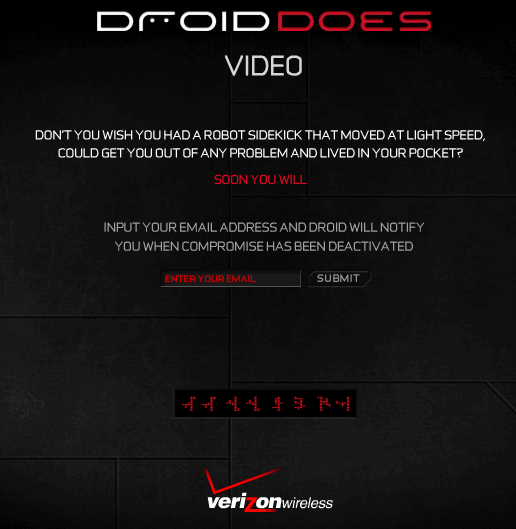 Just a few years back, it was so simple. If you wanted to stay in touch with email on the go, you got a BlackBerry. End of story. So I went from model to model, upgrading every few years, happy as a corporate clam.

Then, Apple turned the industry—as it loves to do—on its ear with the slick, sexy iPhone. It could do email too. But it also had a touch screen, built-in iPod, and this little thing called iTunes which offers an assortment of entertainment goodies, including a wildly, crazy successful App Store. Now 80,000+ apps strong.

But Google, not content to sit by and miss a good party (read: profits), jumped into the fray in 2008 with it’s young mobile OS called, nerdily enough, Android.

It was rough around the edges, with geek appeal. But just over a year later, the flood gates have opened. Why all the new Android-based models now? It’s mainly Google’s smart choice to take an open approach: many devices, many carriers. That’s why, starting this week, you can now find handsets not only on T-Mobile (which launched the first Android device, the HTC G1), but also on Sprint and Verizon.

In the long-term I think Apple will have a formidable competitor on its hands. Compare it to the PC market where Apple is a minority player, again with a proprietary, albeit high margin, vertically integrated strategy of hardware (Mac), software (Mac OS), and content (iTunes). They own you lock, stock and barrel. Hence, the user experience is supreme, the best in the industry.

However, Microsoft owns the PC market with Windows thanks to their open (or at least standards based) approach… multiple vendors can license the OS. This strategy has worked very, very well. Fat cats indeed.

Also, Android has matured significantly over the past 12 months. Many say 2010 will be a break out year. Although they have some catching up to do on the apps side with 8,000 apps on Android market, only about 10% of Apple’s offerings.

I’m not suggesting Google and Android will be iPhone killers. But, formidable competitor? Absolutely.

Okay, back to my original dilemna… what smartphone to buy?

I’ve ruled out the iPhone as much as I think it’s phenomenal. The network, AT&T, of which I’m a current customer, stinks. I constantly lose calls, can’t hear the person on the other end, etc.

I like BB. It’s served me well. I can fly with my thumbs (probably not as quick as the champion, Loni) on the little chicklet keyboard. And my current phone, the solid BlackBerry 8700c (even still has the classic Cingular logo), is reliable and easy to use, but quite slow.

The new Storm 2 looks promising. But I’d like more apps. Plus I’m not sure I want to be locked in to RIM for another 2 years.

As for the phone itself, part of the decision comes down to preference for a physical keyboard. I recently visited a Sprint store in San Jose to try out the HTC Hero, a great Android phone. I couldn’t get type fast though without making a lot of typos. Maybe that would change with practice.

The models with keyboards, sliders, are appealing, but bulkier. Some new models are being released this week also, with the uber Motorola Droid running the updated Android 2.0, OS—the first phone to do so.