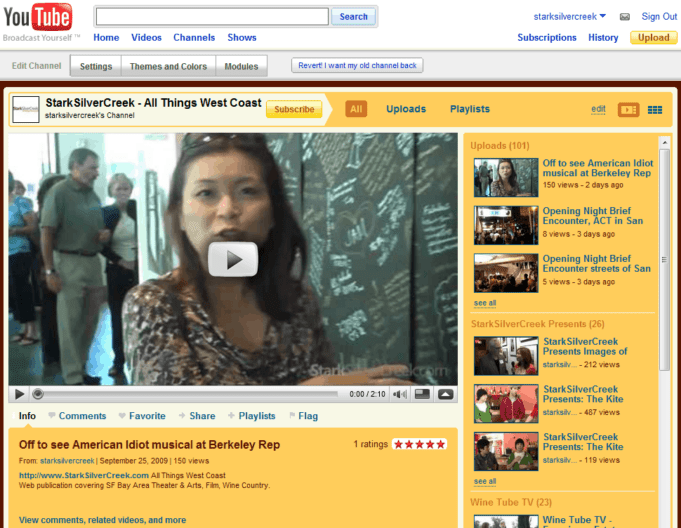 Two things won’t surprise most people out of today’s comScore Internet video usage numbers for August. Google again tops the charts with their family of video properties, namely YouTube, with about 40% market share. The next closest competitor? Microsoft, at 2.2%. That’s domination. Or is it a monopoly?

For those counting, that’s 10B video views in August for YouTube.

Expect a large proportion of those views to come from conventional TV networks, such as CNN, that turn to the Web site for breaking news and materials their very own networks can’t cover. 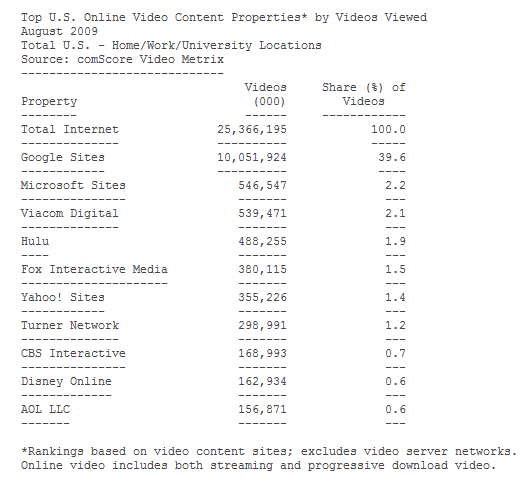 Other expected data reported is that online video continues to boom. People are turning to the Internet in increasing numbers for several reasons. The on-demand nature means schedules are a thing of the past. Also, videos get out to sites like YouTube much quicker. There are several examples in 2009. The Susan Boyle singing competition video that scorched the internet earlier this year. Michael Jackson became King of YouTube Pop for at least a few months, maybe more, as fans flocked to all his online material.

There is a serious side too. YouTube, and other online video sites, can be used to educate and inform as well as entertain. Do it yourself videos, especially home improvement are popular.

Other points of interest from the report: