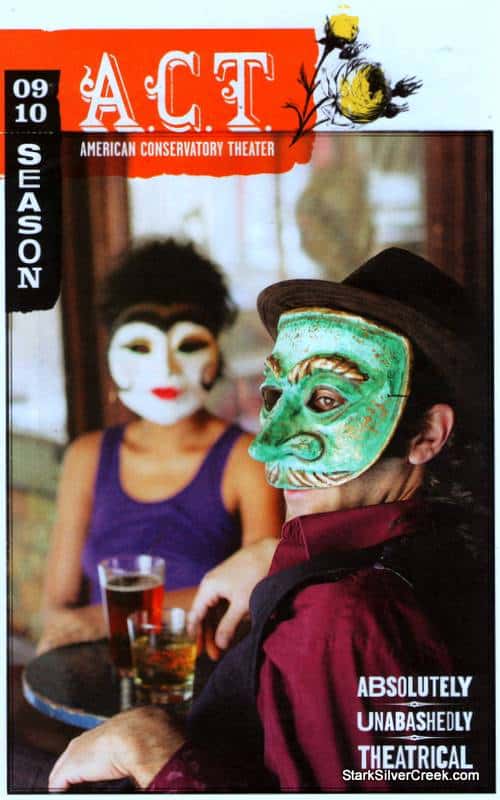 And just like that, we’re into mid-August. Which means for many San Francisco Bay Area arts fans the start of the new theater season. Expect your calendar to fill up quickly, and provide lots of laughs (a popular theme this year, fittingly given the economy), challenging dramas, classic revivals and even some re-imaging.

Some of the theatres of note opening their 2009/10 season this month include the San Jose Repertory Theater, which will be opening with a modern take on the Shakespeare classic ‘As You Like It‘. TheatreWorks‘ second show of its 40th anniversary season, ‘Yellow Face‘, also debuts later in the month at the Mountain View Center for the Performing Arts. The Obie Award winner is “a tale of cultural politics, family fortunes, and artistic integrity, an insightful look at the pitfalls and promise of our “P.C.” world.”

‘Urinetown‘, everyone’s favorite title, get the youth company treatement at the Berkeley Playhouse.

Shakespeare fans will not want to miss a night under the stars (didn’t that make for a great date Loni so many years back?) at the always popular ‘Shakespeare in the Park‘ continuing in Cupertino and The Presidio in SF.

Loni and I will be trying to attend as many of these shows as possible and reporting back here on SSC with reviews, commentary and even the occasional podcast. So far we’ve been in most agreement on the shows we’ve seen earlier this year, but we’ll see if that trend continues.

Bay Area (San Francisco-Oakland-San Jose) theater is artistically booming, if not financially. To see so many first rate productions is encouraging. And despite the economy, theater companies continue to do what they can to draw audiences with reasonable prices. I recommend you look into subscription packages for your favorites so that you can save even more, possibly lock-in priority seating and, ensure you don’t miss the big nights. Also pay attention to Facebook fan pages where you can often find last minute deals or ticket promotions and contests.

At SSC, we are growing our coverage of the arts, including theater and will be attending shows from some of your favorite playhouses in the area including: San Jose Repertory Theater, San Jose Stage Company, City Lights Theater Company, TheaterWorks, Berekeley Playhouse, San Francisco Playhouse, American Conservatory Theater (A.C.T.) San Francisco, Magic Theater SF, Coastal Theater and more.