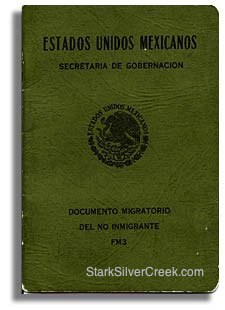 I’ve written and made references quite a number of times on StarkSilverCreek regarding the process of obtaining and renewing FM3 Visas in Loreto, Baja. You can access many of these resources from the SSC Loreto Guide – Visa and Immigration Section.

During my breakfast with Marla and Kirk at Las Mandiles Restaurant in Loreto, they also shared some interesting facts about the rise of people in Loreto who are on FM3.