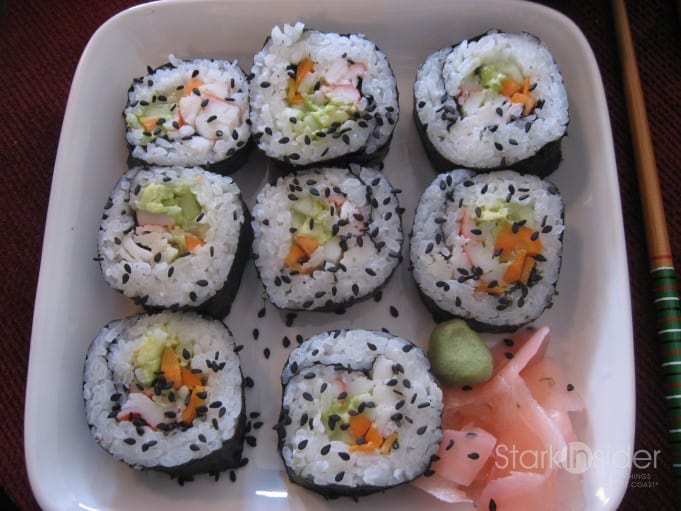 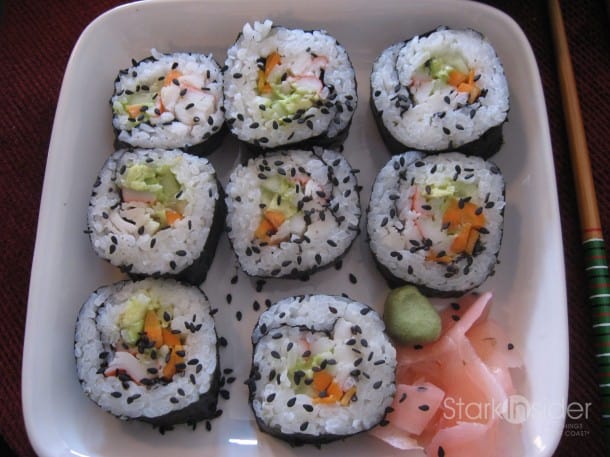 It was happenstance that we stumbled upon Makia Sushi, the latest sushi restaurant to open in Loreto, Baja.

We had just parked our Alamo rental car in a gap along the sidewalk we had spotted from afar and as I got out of the car, I noticed a sushi sign staring down at me. Being a big fan of sushi — I have super-peripheral sensory for all things sushi – it was no surprise I knew to look up at the black and white sign.

Almost like we were on a movie set, on cue, a gentleman lugging a large square, black, faux-leather chair emerges from the glass doors under the sign. It didn’t take much for me to muster the question of how long the sushi restaurant had been at this location as the only sushi place prior to this new discovery was Augie’s along the Loreto Malecon.

“Two weeks,” he proclaims. This chance to try a new restaurant in Loreto and the fact that it was a sushi restaurant got me all excited. Since it wasn’t quite lunch time yet, I decided to stroll to some other places in town before returning, having worked up an appetite. Okay, that and the fact that the gentleman told me they were still closed and wouldn’t open until 1 pm.

When we returned, the chairs had been arranged and we were seated against a wall, across from the bar area. On the same wall as the bar is a simple shelving system adorn with little origami creations, all average-looking. The gentleman who we had seen before was named “Pierre” and was the proprietor of this restaurant as well as a couple of others in Loreto.

I first reviewed the menu which continues the black and white color scheme of the restaurant. I noticed there were no selections of nigiri sushi or sashimi which is disappointing considering the close proximity of Loreto to the Sea of Cortez.

It was then that I understood the name of the sushi restaurant “Makia Sushi” which has “maki” in the root of the title. Maki refers to sushi rolls and this restaurant has a good selection of it relative to its only competition, Augie’s. Creative names for rolls include “Food”, “Satellite” and the ultimate, “Viagra” roll. I ordered a bunch of rolls including the Viagra roll if only for its name, and the Makia salad.

Overall, I was disappointed with the rolls, having such great expectations with their creative names. The rolls had a lot of rice and the little that was there of fish was not as fresh as one would expect. The oysters from the Viagra roll tasted a little fishy too. There was little cohesion to the ingredients in the Makia Salad so one had the sensation of eating all the ingredients knowing they would taste good on their own, but didn’t see them pairing together as they were composed in the salad.

The unusual highlight of the entire meal was the crispy wonton strips with the side of mayo delivered complimentary to our table. These little suckers were delicious, light and very addictive.