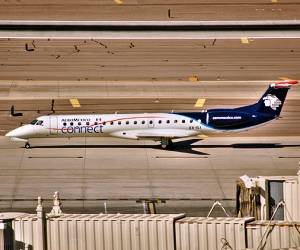 Airlift into Loreto Baja has been a top concern of Loreto Bay homeowners, developers and those in the Mexico tourism industry. In a recent podcast interview, Jim Spano, chairman of the Loreto Visitors Bureau, cited air lift as one of the primary reasons for the establishment of the bureau.

Loreto is fortunate to have its own international airport which was built as part of FONATUR’s (Mexico’s National Trust Fund for Tourism Development) strategy to develop Loreto into a tourist destination.

However, with the economic downturn, previously sky-rocketing oil prices, airlines have had to cut back on their flights across the board, including those flying people in and out of Loreto. Currently, Alaska Airlines is one, if not the only, that flies from the San Francisco Bay Area into Loreto Baja currently.

We are all hoping the drop in oil prices and more interest for a nice weekend in Loreto, the “soul of the Sea of Cortez” will become factors that once again make it economically attractive for airlines to offer additional air services to Loreto Baja. Things may be looking brighter.

Late last year, there was a press release by Southwest on plans to offer additional Mexico service with a codeshare partnership with Volaris.

Just yesterday, the periodical Sudcaliforniano noted in an article entitled, “Aeroméxico could connect to Loreto, San Diego and the DF” that “the sudcaliforniano government would open the necessary negotiations with Aeroméxico, which has the greater number of national and international connections in this capital city”.

Still just plans and discussions, but these are good signs. For any airline considering more flights to Loreto, know that there is a large and lively Bay Area group that will be very excited.

There is such a demand that some are discussing chartering a flight down there. Never thought of it but could be awfully fun!