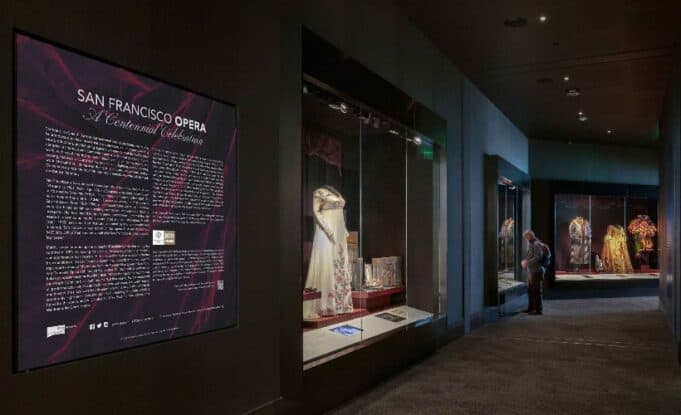 On your next journey through San Francisco airport (SFO) you may want to take a moment to enjoy a special exhibit that could make your travels enlightening.

Titled San Francisco Opera: A Centennial Celebration, the new curated installation in located in the Harvey Milk Terminal 1 and showcases the company’s “first century and the art of operatic stagecraft.”

“The exhibition, on view through August 13, 2023, captures San Francisco Opera’s rich history through a selection of costumes, stage props, set models, video and archival photographs from the collections of San Francisco Opera, the Museum of Performance + Design and the Metropolitan Opera Archives.”

Organizers say costumes worn by operatic superstars who have graced San Francisco Opera’s stage during the past century are the focus of the presentation.

SFO Museum’s Curator of Exhibits Daniel Calderon said: “SFO Museum is delighted to feature the history of San Francisco Opera during the Company’s Centennial Season. San Francisco Opera is such an important cultural and artistic institution, and their story is both local and international. With their support, along with loans from the Museum of Performance + Design and the Metropolitan Opera Archives, SFO Museum has assembled a vibrant exhibition of costumes, photographs and artifacts that span almost a century of opera history. We know the exhibition will spur the interest of our traveling public and hope it will make new opera fans in the coming months.”

San Francisco Opera: A Centennial Celebration is located post-security in Harvey Milk Terminal 1 (Departures Level 2) at San Francisco International Airport. The free exhibition can be seen by all travelers using Terminal 1. For more information and to view the Exhibition Image Gallery, visit sfomuseum.org/exhibitions/san-francisco-opera-centennial.