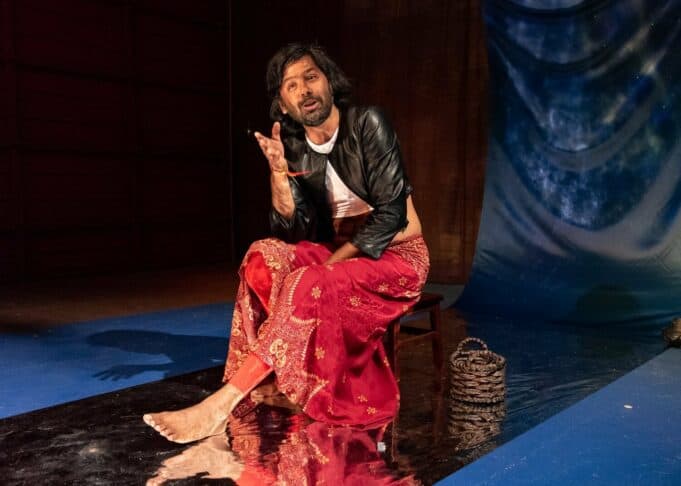 Per organizers the season is scheduled to open February 3, 2023 and runs through November 9, 2023.

“If what the poets and philosophers tell us is true, and history is a story from which we can never fully escape, perhaps hope is the force that gives us the freedom to try,” said OTP Co-Artistic Director Michael Socrates Moran. “All six of our plays this season wrestle with the paradoxical tension between history and hope in today’s world. As we continue to face enormous uncertainty and profound disillusionment, theater, as a realm of illusion, has a role to play in how we might choose hope in a world that often seems committed to repeating history.”

This contemporary epic, created specifically for Oakland Theater Project Company Members and artists, follows the journey of an exiled people across America, through environmental devastation and into their dreams. From a dispossessed family searching for a lost future, to The Man, to Angels, to a girl named Edén, this production features an unforgettable cast of characters and an ensemble of 17. Inspired by “The Grapes of Wrath”, the “Book of Exodus”, and the company members of OTP, Exodus to Eden is set in a time after history ends, and before history begins again. Seeking hope in an era that feels often hopeless, the tale asks: What do we worship in America today? Can we change it? If so, what could we change it to that would renew our world?

After receiving a letter from a mother they believed was dead, 21-year-old twins Racine and Anaia embark on an odyssey from the Northeast to the Dirty South to The Valley, on a mission to avenge their past.

Written in 1962, Edward Albee’s masterpiece continues to resonate with its exploration of truth, illusion, and of protecting one’s own version of reality—no matter the cost.

Gary: A Sequel to Titus Andronicus

In the blood-soaked conclusion to Shakespeare’s Titus Andronicus, two servants are charged with
cleaning up the aftermath. An exploration of power, privilege, death, survival, and the role of art in shaping the world, Gary reveals how hope can be hilariously created after history has exploded in the gory apocalypse.

In the twilight of the Jazz Age in 1929–1930 Berlin, the Nazis are ascending to power, while the hedonistic nightlife at the seedy Kit Kat Klub carries on. There, a young novelist named Clifford Bradshaw meets a cabaret singer named Sally Bowles—but can their relationship survive the cataclysmic changes in the world around them? A collision of decadent celebration and psychological thriller, the multi-Tony-winning musical holds an arresting mirror up to a world in danger of repeating its horrific history.

Dating from around 800 BCE, the great Indian epic boasts 100,000 verses and a cast of thousands, and is told anew to each generation of Indian children in a version that speaks to the time in which they are living. From tales of triumphant warriors to tantalizing histories woven among the battles, to boundaries broken and pathways blazed—don’t miss this audience favorite, which examines the nature of conflict, betrayal, and victory through a contemporary lens, and recounts the history of a cosmic civil war in the hope that humanity will learn not to repeat it. Performance dates and venue to be announced at a later date.

Founded in 2012 Oakland Theater Project’s stated mission is to “seek to serve and heal the polarization and de-facto segregation in our community.”