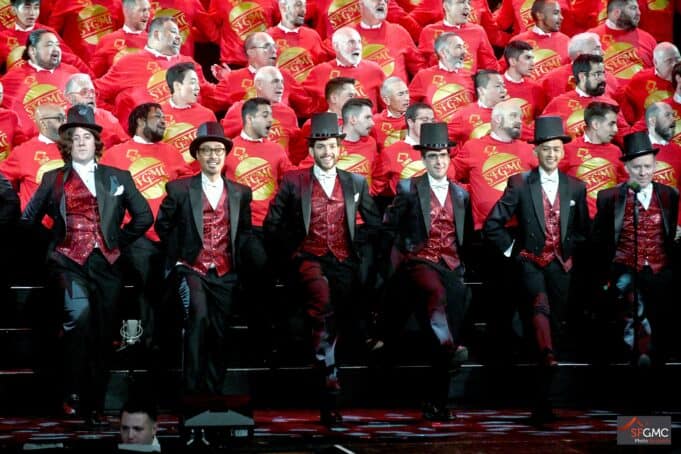 “The holiday season has always been an important and special time for SFGMC,” said San Francisco Gay Men’s Chorus CEO Chris Verdugo. “As we continue to re-emerge from the last two years, we are incredibly grateful for the continued support of our community and the opportunity to spread joy, love, and gratitude throughout the Bay Area this holiday season.”

We’re told to expect fabulous costumes, thrilling dancing, holiday favorites such as “Jingle Bells” and “I’ll Be Home for Christmas” in addition to classical choral works such as “Sure on this Shining Night.”

And… a holiday-themed Cher medley.

Holiday Spectacular is scheduled for four venues and opens in December:

“There’s nothing like live music during the holidays,” said Jacob Stensberg, SFGMC’s new Artistic Director and Conductor. “It is truly a gift in my inaugural season to join such an esteemed line of Artistic Directors who have raised their batons at this historic location. Home for the Holidays is a beloved tradition that offers the occasion for the community to gather and celebrate.”