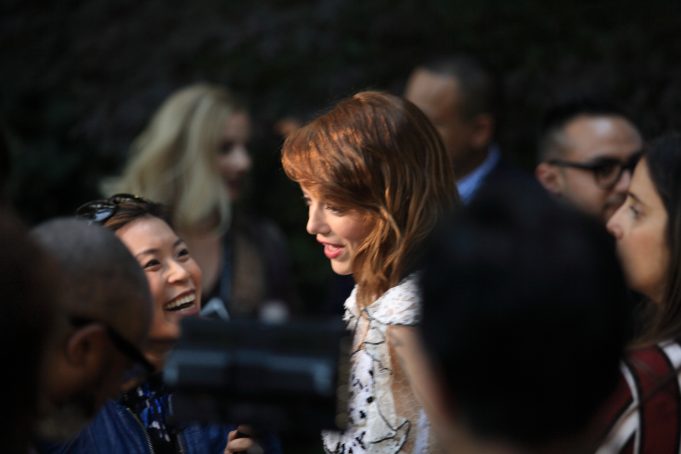 This month the Mill Valley Film Festival (MVFF45) is returning to the Bay Area for its 45th season. Presented annually by the California Film Institute, this festival has earned a reputation for showcasing the best in independent and world cinema.

This year films will be presented both in person and online, just as they were last year. Venues for in-person screenings have been expanded to include the CineArts Sequoia in Mill Valley, the Christopher B. Smith Film Center in San Rafael, Lark Theater in Larkspur, Berkeley Art Museum and Pacific Film Archive in Berkeley, and Roxie Theater in San Francisco.

MVFF programming director Zoe Elton has expressed delight and awe at the challenges overcome by filmmakers in presenting “such profound and original work.”  She said “this year is kind of like the phoenix rising, out of the ashes of the craziness of the last few years.” Director and founder Mark Fishkin has said “MVFF is a place where empathy is created through the power of film.”

The Centerpiece presentation on October 11th is Till, a powerful drama from American history, directed by Chinonye Chukwu.

The MVFF closes on October 16th with The Good Nurse, directed by Tobias Lindholm. Eddie Redmayne, Nnamdi  Asomugha and Tobias Lindholm will be featured guests that evening.

Throughout the Festival, MVFF45 plans to feature spotlights and tributes. Writer/director Nikyatu Jusu is presenting her debut feature, Nanny, winner of the Sundance U.S. Grand Jury Prize. Frances McDormand will be in attendance for the presentation of Women Talking, recipient of a Mind The Gap award.

Recognition of many local filmmakers will include Gregory Bezat, who directed The Art of Eating: The Life of M.F.K. Fisher, along with Yvan Irturriaga and Francisco Nunez Capriles, who directed Fantastic Negrito: Have You Lost Your Mind Yet?

A robust slate of panels, master classes and workshops is planned to supplement the varied film programming.  In addition, this year’s !Viva El Cine! will focus on films from Mexico, Argentina, Brazil, Uruguay, Peru, Spain and Chile.  And there will be two live music shows at Mill Valley’s historic Sweetwater Music Hall.

Go to mvff.com for tickets and complete screening information. As always, this year’s MVFF will be an event-filled and entertaining experience.