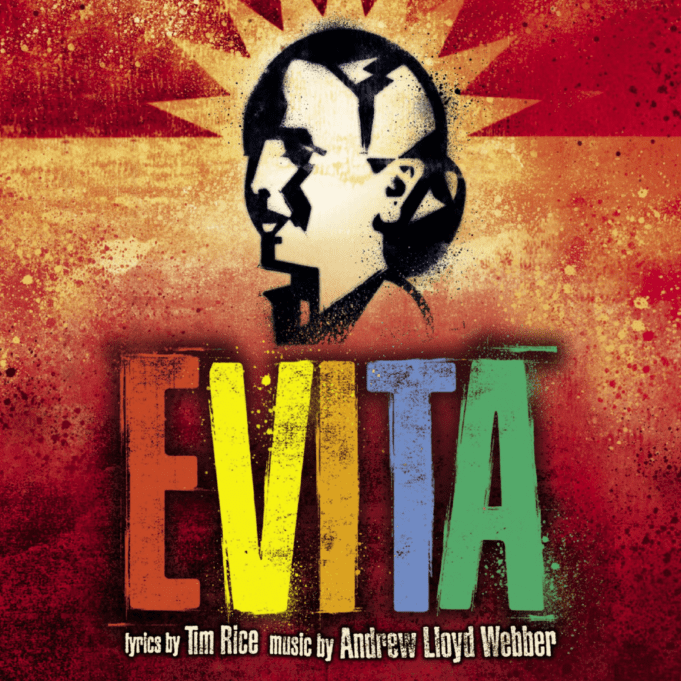 Two stage concerts will be presented prior to the mainstage season including Andrew Lloyd Weber’s Evita In Concert and Gypsy in Concert.

The mainstage season opens with Anything Goes, followed by Merrily We Roll Along, The Scottsboro Boys, and She Loves Me. Full details below.

“We are excited to present a season that celebrates the entire breadth of the musical theatre canon and the diverse stories that musicals tell,” says Executive Artistic Director Daniel Thomas. “These are tales of romance, ambition, injustice, and friendship; dramatic stories rooted in history and hilarious song-and-dance. It’s a season full of joy and laughter, poignancy and drama – it will truly entertain, challenge, and enrich our audiences and artists.”

Tickets range from $35-78 with subscriptions starting at $96. 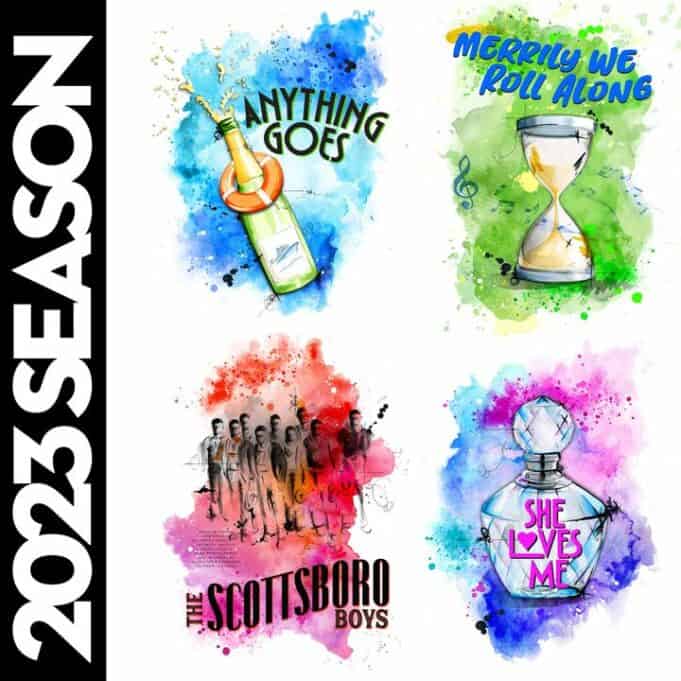 (Special Engagement – Not included in the 2023 Season Subscription.)

Evita brings to life the rags-to-riches rise of Eva Peron, the First Lady of Argentina.
Evita charts the young and ambitious Eva Peron’s meteoric rise to sainthood. The Tony-winning musical follows Eva Duarte on her journey from poor illegitimate child to ambitious actress to, as wife of military leader-turned-president Juan Peron, the most powerful woman in Latin America.

Well-known numbers from Tim Rice and Andrew Lloyd Webber’s musical masterpiece include “Don’t Cry for Me Argentina,” “Oh What a Circus,” “Buenos Aires” and “Another Suitcase in Another Hall.”

(Special Engagement – Not included in the 2023 Season Subscription.)

The Mother of All Musicals! The jewel of Broadway’s Golden Age, GYPSY boasts an incomparable score, a brilliantly conceived book, and one of the greatest leading roles ever to grace the Broadway stage.

Regarded by many as the finest musical ever created, Gypsy is the ultimate tale of an ambitious stage mother fighting for her daughters’ success – while secretly yearning for her own.

The celebrated score by Jule Styne and Stephen Sondheim boasts one glorious hit after another, including: “Everything’s Coming Up Roses,” “Let Me Entertain You,” “Some People,” “Small World,” and “Together Wherever We Go.”

Spectacular dance and soaring music burst onto the stage in Cole Porter’s award-winning musical, ANYTHING GOES, launching 42nd Street Moon’s 2023 Mainstage Season. Farcical hijinks abound in this theatrical romp across the Atlantic, in which a young ocean-liner stowaway, Billy Crocker, sets out to win the affections of Hope Harcourt, with plenty of elaborate disguises, tap-dancing sailors, and good old-fashioned blackmail along the way. A hilarious, heart-warming romantic comedy, featuring such classics as “I Get a Kick Out of You”, “You’re the Top”, and “It’s De-Lovely”,  this musical “exists to put a daffy grin on your face” (The Washington Post) offering an evening of “sheer escape” into a world of side-splitting laughter, toe-tapping music, and plenty of heart.

This version of Anything Goes was adapted from the 1987 Broadway revival, originally produced by Lincoln Center Theater.

MERRILY WE ROLL ALONG

Book by George Furth
Music and Lyrics by Stephen Sondheim
Based on the original play by George S. Kaufman and Moss Hart

“Glorious” and “Heartbreaking”, with songs rich in melody and brilliant, witty lyrics, Stephen Sondheim’s Merrily We Roll Along is an emotional rollercoaster, a fable about friendship told in reverse. With an ingenious, heart-rousing score, and plenty of classical Broadway flair, Merrily follows three middle-aged best friends, Mary, Frank, and Charley, on their wayward search to recapture the hope and idealism of their youth. Featuring such musical gems as “Not a Day Goes By”, “Our Time”, and “Like It Was”, Merrily explores the cost of success, and the sacrifices we make along the way. Merrily We Roll Along continues Moon’s Sondheim Sweep, our multi-year mission to produce the entire stage repertoire of the late, great composer and lyricist.

With a score of exhilarating up-tempos and heart-wrenching ballads, The Scottsboro Boys portrays the haunting history of the infamous 1930’s Scottsboro case, in which a group of nine black teenagers were arrested, charged, and convicted of the rape of two white women, without evidence, proof, or due process. In this breathtaking musical critique of racism in America, the legendary songwriting team of Kander & Ebb (Cabaret, Chicago) craft a remarkable piece of musical theater, with songs and dance inspired by the period, to share a profound story of nine men in Alabama whose bravery in the face of adversity helped spark the American Civil Rights movement and changed the course of history.

From the songwriting team who brought you “Fiddler on the Roof” and “Fiorello” comes an “evening of sheer enchantment” (The New York Times) in the Award Winning romantic comedy SHE LOVES ME, one of the most endearing musicals ever written. Set in a 1930s perfumery, we meet shop clerks Amalia and Georg who are constantly at odds, but when they both unwittingly respond to the other’s “lonely hearts advertisement”, they set out to discover the identity of their secret admirer. Featuring such delightful songs as “Vanilla Ice Cream”, “Will He Like Me”, and the show-stopping “She Loves Me”, this celebrated musical promises an evening of singular wit, irrepressible charm, and some of the most sensational music to have ever graced a Broadway stage.