Another milestone theater achievement has been unlocked here in the San Francisco Bay Area.

San Jose-based City Lights Theater Company (non-profit, 1982, 100 seats) has announced their 40th season. The full six-show schedule can be seen below in detail, and features two shows previously planned (2020-2021) prior to COVID-19, in addition to four shows for this season.

From the announcement from Rebecca Wallace and team:

Overall, the lineup features two musicals (Miss You Like Hell and Kinky Boots), one classic story of husbands and wives (Blithe Spirit), a haunting Brazilian fairytale (The River Bride), and a smart holiday play that skewers assumptions (The Thanksgiving Play).

The company is also turning a one-person comedy into a bilingual (English-American Sign Language) two-actor show.

“We had a magical time with our English-ASL production of Eurydice in 2019,” Executive Artistic Director Lisa Mallette said. “We’re thrilled to bring back actor Dane K. Lentz, who is fluent in ASL, and pair him with Tasi Alabastro (Vietgone) in Every Brilliant Thing.”

You’re 6. Mom’s in the hospital. Dad says she’s “done something stupid.” So you start a list of everything worth living for. 1. Ice cream. 2. Kung Fu movies. 3. Burning things. 4. Laughing so hard you shoot milk out your nose. 5. Construction cranes. 6. Me. You leave it on her pillow. You know she’s read it because she’s corrected your spelling. Soon, the list takes on a life of its own. A play about depression that celebrates the world’s joys.

They’re totally woke and perpetually P.C. So how can this motley group of teaching artists create a Thanksgiving pageant that won’t offend anyone? A director who’s already in trouble with the school parents tries to get her troupe to honor both Turkey Day and Native American Heritage Month, while being culturally sensitive (and also mindful of vegan allies). The result: a delicious satire.

When Beatriz invites her teen daughter Olivia on a road trip, they haven’t seen each other in years. But Beatriz is an undocumented immigrant about to be deported to Mexico, and time is running out. From Philadelphia to California, from estranged to reunited, Beatriz and Olivia take a transformative journey, meeting an array of Americans with their own stories to tell. An important new musical rich with humor and heart. 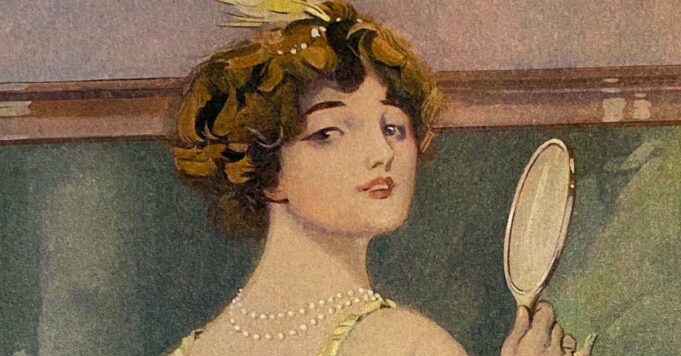 Like the mischievous ghost Elvira, Noël Coward’s 1941 comedy keeps coming back for a reason. The oft-revived Blithe Spirit, delightful as ever, takes up residence at City Lights this spring. When novelist Charles invites the eccentric medium Madame Arcati over for a séance to help shake his writer’s block, she conjures up his late wife. And Elvira is happy to stir up trouble — especially when it comes to Charles’ current marriage.

Once upon a time, in a Brazilian fishing village, there lived two sisters struggling to find their “happily ever after.” Helena is dreading her sister Belmira’s wedding. The groom should have been hers, and she knows her sister wants only to escape to a new life in the city. Three days before the wedding, fishermen pull a mysterious stranger out of the river – a man who offers both sisters an alluring, possibly dangerous future.

Charlie Price has reluctantly inherited his father’s struggling shoe factory. Trying to live up to his legacy and save the family business, Charlie finds inspiration in the form of Lola, a fabulous entertainer in need of some sturdy stilettos. As they work to turn the factory around, this unlikely pair find they have more in common than they realized…and discover that when you change your mind, you can change your whole world.