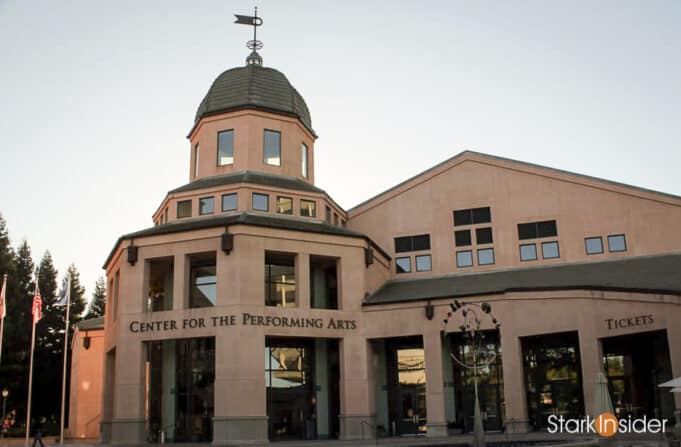 Ragtime the Musical is coming to TheatreWorks Silicon Valley, one of several events organizers this week announced.

June programming at the Mountain View Center for the Performing Arts also includes TheaterGames Productions, children’s theatre in the park and a roast of Silicon Valley — in front of a live crowd no less.

See below for the full schedule and details.

This timeless musical masterpiece celebrates the soaring sounds and hopeful spirit of America at the dawn of the last century. To the syncopated rhythms of a hopeful new age, this unforgettable theatrical tapestry interweaves the delights of vaudeville, baseball, and nickelodeon with the hurly-burly of labor rallies and racial unrest, tracing the lives of an enterprising Jewish immigrant, a courageous Harlem pianist, and a conflicted upper-class wife in a jubilant, inclusive tribute to the American Dream.

This fairytale world may seem familiar, but this version has a twist. Audiences will be drawn together with characters in the play and asked to think about the priceless values of kindness, sincerity and integrity. Join us for another TheaterGames presentation, which has produced plays by Evgeny Schwartz for 20 years.

Presented by Peninsula Youth Theatre and the City of Mountain View

Theatre in the Park

Peninsula Youth Theatre and the City of Mountain View present FREE children’s theatre in the park all summer long on the Center’s outdoor ParkStage (located adjacent to Pioneer Park). You’ll see fairy tales and other children’s stories—a different 45-minute production each week performed by the children from Peninsula Youth Theatre’s “Theatre in the Park” summer camp program. Bring the kids, a snack and a blanket to sit on for a fun way to end the week for the whole family.

A student finds themselves transported from their boring history class back to Camelot! It turns out King Arthur, Guinevere, Merlin and all the knights are real – and so are the swords! Can they find their way back, or should they get used to jousts, sorcery and running for their lives?

The Giant with No Heart

In order to save his brothers, a young prince must defeat a giant. But how can you defeat someone that doesn’t have a heart?

The Grand Duchess of Gerolstein

When a handsome young soldier catches the eye of the most powerful woman in Gerolstein, he goes from Private to General in a flash! Now he’ll need a war to win—count on the Grand Duchess to make that happen. As ever, Offenbach’s lively score is a Pocket Opera specialty.

Watch ex-tech rogue comics roast whimpering techies in front of a live crowd. This show sells out every time. We don’t even need you. But we’ll kindly allow you to be there because we know it’s your one chance to experience fun. This performance is 90 minutes long and is appropriate for ages 18+. Anyone under 18 will not be admitted into the auditorium regardless of ticket purchase.

Visual Art on Display in the Center’s Lobby

Works of local artists are on display in the Center’s lobby on a rotating basis. Works of art available for sale may be purchased through the Mountain View Center for the Performing Arts Ticket Office Wednesday-Thursday: Noon to 4 p.m., Friday-Saturday: Noon to 6 p.m., and one hour prior to performances.

Monday, Wednesday & Friday from noon to 1 p.m. and one hour prior to every public performance.