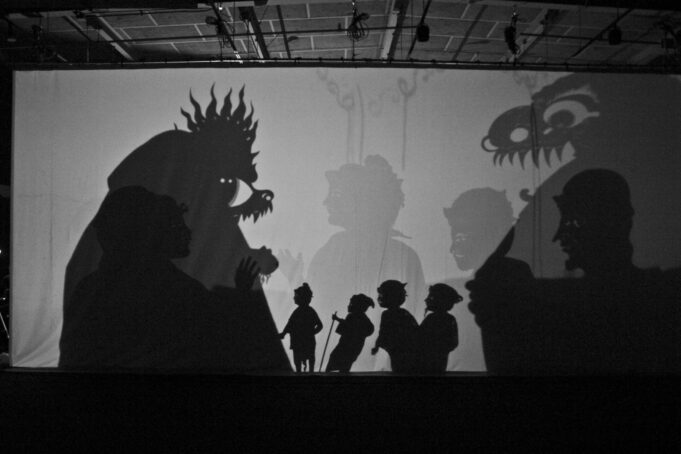 In 1972 Larry Reed founded Shadow Light Productions in San Francisco. He is an award-winning, internationally acclaimed Shadow Master. His vision is to “expand the scope of Shadow Theatre as an artistic expression and as a tool of cross-cultural understanding.” An exciting series of presentations is planned for this autumn season.

Wayang Kulit is the fascinating world of shadow play, well established in Indonesia. Shadow puppetry has become integrated into the social fabric of that country.

It is thought that shadow puppetry has its origins in the leather-based puppets of south India, although the practice is an ancient tradition in China as well. The shows are accompanied by music played on gamelan instruments, and in Indonesia may last through the evening into the dawn of the next day.

This ancient form of story-telling and entertainment has been in the United States since the 19th century, if not before.

And on Friday, November 19th, Shadow Light Productions will present in the Corin Courtyard at Mondavi Center in Davis, California.