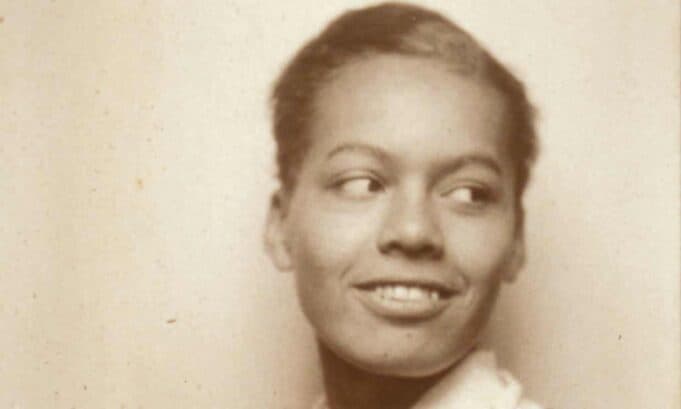 My Name Is Pauli Murray

My Name Is Pauli Murray is a documentary both fascinating and uplifting. Currently in movie houses, the film streams on Amazon Prime October 1st.

The entire life of Anna Pauline Murray (1910-1985) was a struggle to bring her standards of personal excellence into an American society dominated by ideas of racial and gender inferiority.

Her friend, First Lady Eleanor Roosevelt, called her a firebrand; and the story of her incredibly fulfilling life shows you how and why that title was appropriate. Her friend Ruth Bader Ginsburg described Pauli Murray as being way ahead of the times.

Her pioneering and event-filled life was recorded in handwritten notes, typed letters, media stories, filmed interviews, taped reminiscences of colleagues, and legal documents. After her death, her grand-niece Karen Rouse Ross fulfilled Murray’s wishes by placing these documents with the Schlesinger Library at Harvard University.

The struggle to erase arbitrary boundaries began long before her time. During the Civil War (1861-1865), Sojourner Truth became impatient with segregation on public transit in Washington DC. She insisted on boarding a streetcar, with the support of white passengers, and this incident led to the integration of public transit in our national capital.

In 1940, Pauli Murray rode a Greyhound bus from New York to North Carolina with a friend from Hunter College. When the bus crossed the Mason-Dixon line in Virginia, passengers were told to re-seat themselves by color — whites in the front. Murray and her friend refused and were arrested. The reader will note this happened 15 years before the Rosa Parks bus incident in Montgomery AL.

Murray approached the NAACP seeking justice in 1940. There she learned about a ground-breaking approach being studied by a team of young lawyers trained by Charles Houston at Howard University law school. Instead of seeking equal accommodations as in “separate but equal,” these attorneys were working on overturning federal law under the 14th Amendment. Future Supreme Court justice Thurgood Marshall was among them. In time they succeeded, with Brown vs. Board of Education in 1954.

Everywhere she turned, this brilliant woman encountered walls built by racial or gender-based discrimination. With her fierce energy, she set about bringing down those walls — first as a conscientious law student, then attorney, then college professor and finally as a minister — the first Black female priest of the Episcopal Church.

How did this remarkable woman come to be? Her parents died young, and she was raised by grandparents and an aunt. She received unconditional love in this new environment and was encouraged to pursue her studies by her schoolteacher aunt. In this regard Murray’s childhood resembled that of her future friend, Eleanor Roosevelt — both were orphaned as children, both were raised by elderly kin, and both were voracious readers.

An excellent poet and historian, Murray wrote Proud Shoes, the story of her ancestors. Their light-colored skin allowed some members of her family to pass for white and live separate lives. Pauli’s immediate family chose to stay Black.

Pauli Murray’s eloquent words echo from her letters and speeches:

-Always the dream was freedom.

-Our blood and our sweat and our tears and our memories go back to the beginning of the country.

-I come from a very proud people. They were stubborn. They swam
against the stream.

-I want to see America be what she says she is in the Declaration of Independence and the
Constitution. America, be what you claim yourself to be!

Student activists of the 1960s at first thought Murray was out of date, but those who took the time to know her realized “she was walking history.”

… she was walking history.

Historians Patricia Bell Scott and Rosalind Rosenberg and Brittney Cooper each asked at one point, how come we don’t know about her? And now we do, thanks in part to their efforts.

Her autobiography, published shortly after her death, is entitled “Song in a Weary Throat.” She prepared it with care, even as she was dying. It was important for her to tell her story the way she wanted it told.

It has been said that “We live in the architecture of the world that Pauli Murray built. You cannot teach U.S history without teaching about her.”

So many surprises await you in this absorbing documentary, including the identity of her secret lover and her struggles with gender conformity.

Watch: My Name Is Pauli Murray is now streaming on Amazon Prime Video.