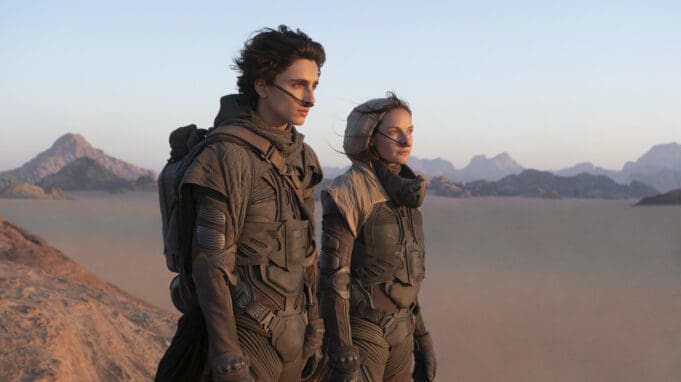 The Mill Valley Film Festival returns to the San Francisco Bay Area for its 44th year.

Presented by the California Film Institute, the festival runs eleven days, October 7-17th, and is known for celebrating the best in independent and world cinema.

Films this year are to be shown in three locations — San Rafael, Mill Valley and Berkeley. Appropriate ID and proof of vaccination are required for those who choose in-person attendance. Online screenings are available as well.

This year the MVFF44 spotlight is on Denis Villeneuve, director of the film Dune. He will be on hand October 13th for the screening of Dune at the Smith Rafael Film Center, and a conversation onstage afterward.

Opening night of the MVFF features a film about Cyrano de Bergerac, based on the 1897 play by Edmund Rostand, and filled with music and romance. The award-winning director of Cyrano — Joe Wright — is expected to be a guest.

A second Spotlight presentation features Maggie Gyllenhaal, who directed The Lost Daughter. This film is her directorial debut.

Closing night belongs to The French Dispatch, a film by Wes Anderson. Benicio del Toro, Tilda Swinton and Frances McDormand are among the actors in this movie.

List of the many films to be screened, show times, venues, online procedures and ticket information may be found at the MVFF web site.