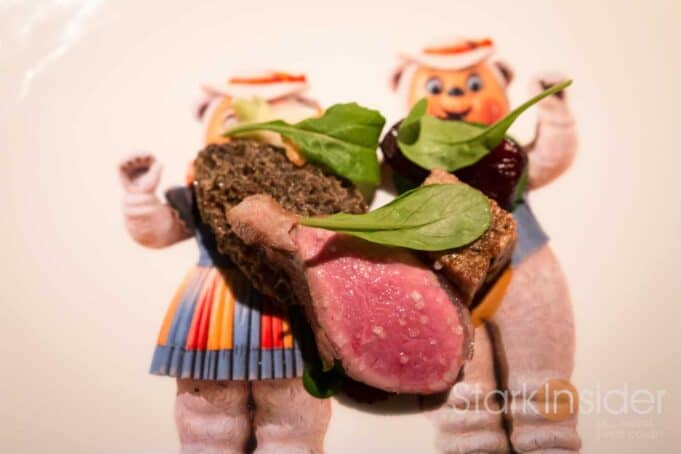 Restaurants are, thankfully, back in business. And if you live in the San Francisco Bay Area there’s no shortage of exceptional choices. No question. The region continues to be a foodie’s paradise.

After skipping California last year — due to COVID-19 and the pandemic — Michelin has returned and announced the 2021 recipients.

“As an international culinary destination and leader in the industry, California continues to impress MICHELIN Guide inspectors with a commitment to sustainable gastronomy and creative cuisine,” said Gwendal Poullennec, international director of the MICHELIN Guides. “We are delighted to celebrate 19 promotions for restaurants that elevated their quality and consistency despite the challenges of the health crisis, and welcome eight new entries to our selection at the star level.”

A bit of a spoiler. All current Michelin 3-star restaurants retained their rankings. A pretty impressive accomplishment given the headwinds of the last year-and-a-half.

See below for the complete list of San Francisco Bay Area Michelin star winners for 2021.

Exceptional cuisine, worth a special journey.

Excellent cuisine, worth a detour.

Birdsong inspector notes: Chef Christopher Bleidorn’s skill lies in his ability to combine the rugged appeal of flame-kissed meats with a delicate touch and palpable sense of whimsy. For proof, look no further than the lacquered quail with grilled Parker House rolls and crunchy pickles to be assembled by hand à la Peking duck.

High quality cooking, worth a stop.

Adega inspector notes: Chefs David Costa and Jessica Carreira elevate every bite on their appetizing menu with a perfect blend of pristine local produce and top-notch imported ingredients. Seafood is a particular area of focus in this kitchen, and diners shouldn’t miss a dressed-up take on Portugal’s culinary backbone—that is, bacalhau or salted cod.

Avery inspector notes: The impressive menu pays homage to chef and co-owner, Rodney Wages’ experiences at some of the city’s most elite kitchens. As the meal unfolds, it quickly becomes clear that this chef marches to the beat of his own drums. A lovingly curated champagne and sake list accents this distinctive cuisine.

Barndiva inspector notes: The cooking, as conceived by chef Jordan Rosas, hones in on prime local produce and sustainability. There is a tangible deftness in such aromatic flavor combinations as seared dayboat scallops with kohlrabi, grapefruit and lemongrass-ginger butter sauce. Of course, it should be unlawful to forgo the creative goodies from pastry chef, Neidy Venegas.

Marlena inspector notes: Husband-and-wife team, David Fisher and Serena Chow Fisher, manage both the savory and sweet side of things; and their fine dining pedigree is apparent in the cooking, deftly marrying simplicity with sophistication. Diners will appreciate the precise technique and understated yet imaginative use of ingredients found throughout the prix fixe menu.

O’ by Claude Le Tohic inspector notes: Chef Claude Le Tohic’s prix-fixe menu is composed of outstanding courses that may pair classic French techniques with pristine Californian ingredients. Exquisite sauces work their way into this rotating lineup that may begin with a generous trio of caviar with freshly baked breads; and end over enticing mignardise.

Selby’s inspector notes: This talented kitchen spins out classic American cuisine with a menu that showcases product from the group’s five-acre organic farm.

Sushi Shin inspector notes: Chef Jason Zhan is charming, engaging and a bona fide tome of information on product sourcing, aging and marinating. Diners fortunate to be perched in front of him may be presented with the likes of sea water eel braised in dashi and topped with plum sauce; followed by sardine tartare imbued with ginger and scallions. Next up, nigiri of exceptional quality and delicate seasoning.

The Shota inspector notes: The menu combines Edomae sushi with classic kaiseki—and is informed every step of the way with imported Japanese ingredients and local produce. Expectedly, diners are treated to a breathtaking experience from start to finish—as well as service that is effortless, unobtrusive and engaging.

Phew. How about that for outstanding choice? Happy dining!