Last month, while I was busy exploring Tennessee and Alabama, I received a phone call from my Seattle niece, Jill, telling me I simply HAD to go visit Wetumpka.

Not being a HGTV viewer (no need since my total home makeover capabilities basically stall out after “changing a burnt out light bulb”) she patiently explained to me that Erin and Ben Napier, from the hit show, Home Town, had just finished filming a new show, Home Town Takeover.  For this new show the couple was holding a nation-wide search for a small town that needed a revitalizing boost to keep it going. Competition was fierce since over 2,500 towns sent in their “head shots” and pleas. The winner was the tiny Southern town of Wetumpka, a natural charmer that had slowly fallen upon some rough times and needed a helping hand to keep it going.

Jill had just finished watching the final episode and said the the town looked adorable now and would I please go check it out and take lots of pics for her. She said that they had renovated a dozen shops and homes for the new series including downtown Wetumpka’s main street. Since it was only about a 20 minute drive from where I was staying in Montgomery, I said I would… and it was totally “love at first sight.”

Rightfully known as “The City of Natural Beauty,” this picturesque town overlooks the sparkling Coosa River, backed by an arched bridge and pristine white church steeples.

It’s no wonder that this iconic small town has had it’s “close-up” in such Hollywood films as The Grass Harp, The Rosa Parks Story and the whimsical Tim Burton feature, Big Fish.

It’s no wonder that this iconic small town has had it’s “close-up” in such Hollywood films as The Grass Harp, The Rosa Parks Story and the whimsical Tim Burton feature, Big Fish.

But even though it has superb cheekbones, it’s biggest strength is the enterprising people that call it home. Not content to sit back after the filming finished, the locals kept the momentum going with one shop after another sprucing up their act by adding new coat of paint, some local artwork, or a flower box to keep up with the Joneses. Peer pressure at its finest.

When I was there they were working on main street, turning it into a pedestrian walkway.

As I wandered though town talking to the shop owners, it was extremely uplifting to see their enthusiasm as they talked about all their future hopes and plans, and how thankful they were to be selected for Home Town. 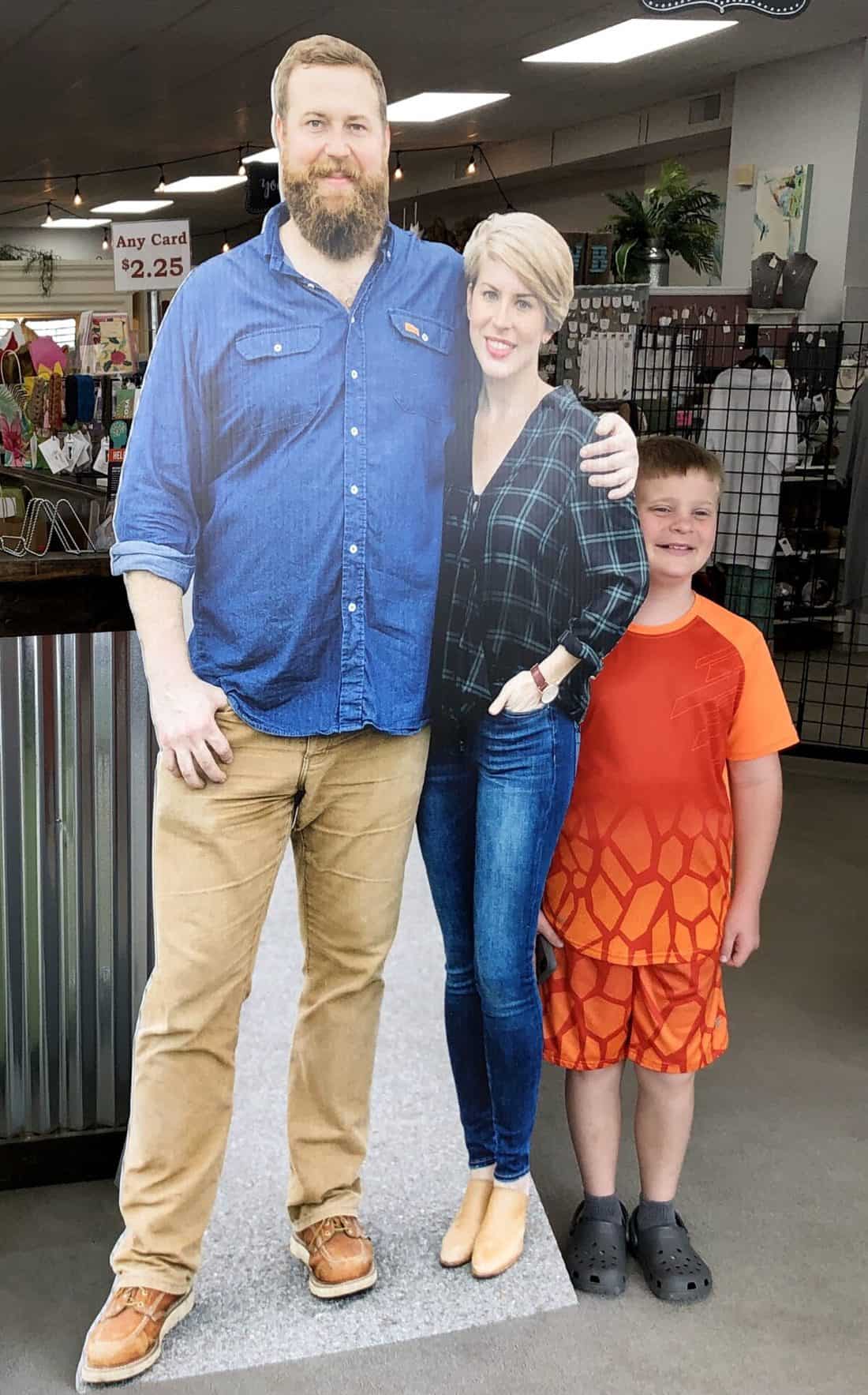 Picture’s and cutouts of the Napier’s are everywhere. And who would have thought it, but Wetumpka is even getting some serious attention for its burgeoning art scene. Don Sawyer, an accomplished artist with deep ties to the Wetumpka community, said he realized the untapped potential which is one reason he opened his studio/ gallery there.

A man with a mission, he also spearheaded the The Village Artists organization, as well as the extremely popular first Friday Art Walk, a mash-up of artworks, live music,  local shops and eateries. A bunch of other fun, local pride events have also sprung up, including a “Linger Longer Weekend Community Market”, Coosapalooza Brewfest and a “Tim Burton Trivia Day.”