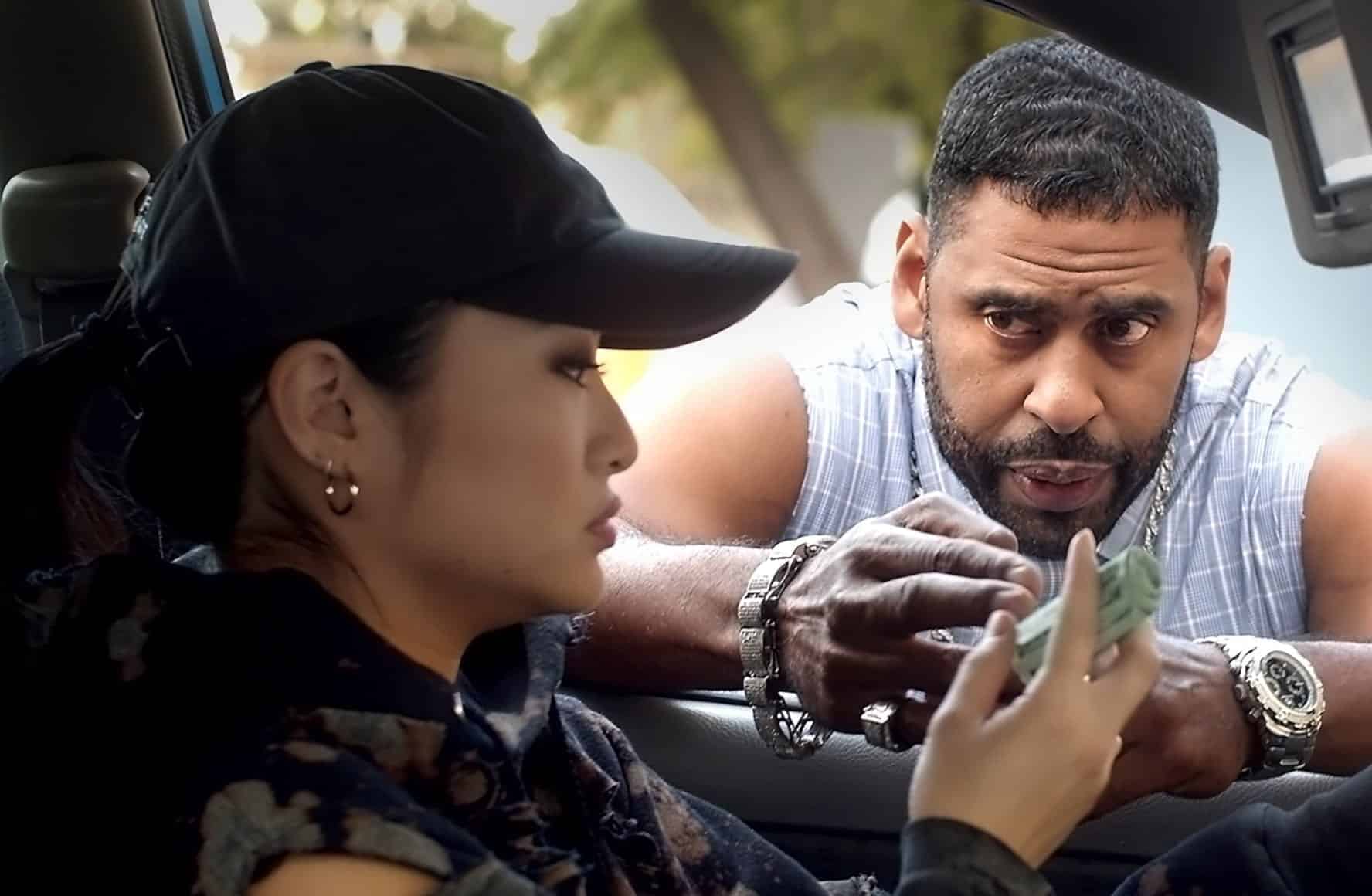 Director Hisonni Johnson has generated a lot of buzz with his first feature film, Take Out Girl. Co-writer Hedy Wong literally lights up the screen as Tera, a young restaurant worker in the Low Bottoms section of Los Angeles, wanting to provide a better life for herself and her family .

Tera and her street-tough brother Saren (Lorin Alond Ly) work in a cafe operated by their mother (Lynna Yee). The work is hard and the profits are slim, in one of the least desirable neighborhoods in the city. With dogged determination and despite a back injury, their mother cooks and cleans and goes over the books late at night. Even with all that effort, her cafe is still on the brink of failure. Her son and daughter want so much more for their mother and for themselves.

Based on a true story, the film takes us from contrast to contrast with vivid cinematography and contemporary music expertly matched to the rhythms of life in racially mixed Low Bottoms. Whether walking down the street or talking with fellow students at a local college, Tera exhibits growing impatience with the disparity between what is and what could be.

Bright and motivated, Tera sells her skills to privileged white students who choose not to do their homework or write their own papers. What stays with her is their casual arrogance. Disillusioned, she drops out of college, but does not let her mother know.

One day Tera delivers a $40 takeout order to a local drug kingpin, Lalo, played by Ski Carr, a truly menacing guy. She walks into a different culture. An idea grows in her mind. She returns to Lalo’s drug lab and makes an offer to deliver drugs disguised as Chinese takeout orders. He is intrigued by this angry and streetwise girl — and Tera enters a strange new world.

This film revolves around secrets — what Tera is keeping from her mother and brother, as well as what their mother may be keeping from them. Why has Lalo chosen to risk his drug business by trusting this beautiful youngster who doesn’t speak his language? Of course he doesn’t trust Tera completely. He sends his brother Hector (J. Teddy Garces) to follow her to see that the “takeout” deliveries are made on time.

As Tera grows into her new and dangerous double life, she puts up more walls to get through it all, and then meets someone who invites her to consider taking down some of those barriers. This hesitant and discreet attention from Nate (Dijon Talton) brings much needed sweetness into her life.

The family connection is strong in Tera’s working-class Chinese family — celebrating her brother’s birthday with a cake and presents; throwing her arms around her mother and hugging her wordlessly as Mother Wong cleans the restaurant counter; taking time to check on the wellbeing of her cousin Crystal (Mier Liu), who also works in the cafe.

Standout performances bring this way of life and all its conflicts into our consciousness. Tera radiates toughness on the street until you see her with quiet tears, worried about her mother’s health. Her brother is fierce in protecting his little sister, until the day comes when he can’t.

This indie film received an assist from musician Stupid Young, who makes his acting debut in the role of an LAPD cop. His hit song “Mando” is the title track of Takeout Girl. Co-writer Hedy Wong’s real-life experiences informed the strong script.