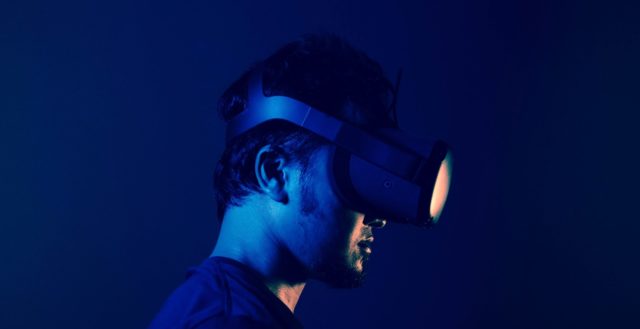 The world of virtual reality (VR) grows every day. It offers users a creative experience where they can immerse themselves in a new world. VR is popular for gaming, but the field is expanding to other uses as well. For Facebook’s VR, the Oculus Quest is going to get an upgrade within the next year or so. The Oculus headset is a popular purchase — especially during quarantines.

As Facebook tries to establish itself as the main player in the VR world, coming up with a new generation of its Oculus headset can help. The updates range from performance to ergonomics. If you’re interested in VR, you’ll want to keep an eye on Facebook’s plans.

Rumors recently flooded the internet about a new update for the Oculus Quest. Now, those rumors are becoming a reality. Facebook will be releasing its Oculus Quest 2 within the upcoming year. Originally, the social media company planned for an end-of-year announcement and release.

However, COVID-19 has delayed the project most likely into 2021. Conversely, you may see the pandemic boost the VR world towards more popularity. Regardless, you can still expect to see new updates.

First, there will reportedly be some ergonomic updates. In terms of size and weight, Facebook is likely planning on reductions of 10-15%. This change would allow easier prolonged usage — the Quest’s current weight of 1.25 pounds can feel heavy after a while of use.

Other physical updates include a redesigned controller that can better balance comfort and function, as well as camera changes. While Facebook’s most high-end VR set, the Rift S, has five cameras, the new Oculus will have four. Since the Oculus Quest is the middle version for Facebook VR, this change makes sense.

Internal updates include more RAM storage and a faster processor. If Facebook’s Oculus plans to give these two areas a boost, it would allow users for improved efficiency while using the headset. Whether its gameplay or messaging friends, you can store more and interact faster.

Last, you’ll likely see a better battery life. Whenever a new version or update of any tech device comes around, battery life improvements are usually present. With the new Oculus headset, the same concept applies. Enhanced battery life is something users demand across platforms. If Facebook can meet these needs, they’ll see customer satisfaction improve.

A study by BDO has shown that about 53% of digital users have deployed Internet of Things (IoT). As part of the expanding IoT market, Facebook may need to plan its next step according to where progress demands.

If Facebook is aiming for a more in-depth update, then they will need to work on revolutionizing the Oculus Quest a bit more. So far, these features are the only reports circulating.

Though the Oculus is no doubt a leader in the field alongside Sony, Facebook still needs to keep pushing forward. Since Apple recently made some steps forward in VR, competition will heat up in the coming years.

The pricing will play a big role in the competition, too. As the mid-version of all Facebook VR options, the Oculus Quest 2 will likely come in at around $399.

As the mid-version of all Facebook VR options, the Oculus Quest 2 will likely come in at around $399.

Other options include the Rift S and the Oculus Go. However, due to the stay-at-home orders, stock for all three options has fluctuated. As quarantine restrictions start to lift, the VR models will likely stay in stock for longer periods of time.

Though the timeline is currently unclear, Facebook’s Oculus Quest 2 will eventually come out. When it does, you can expect the changes above as well as some other updates that Facebook will add. There are also rumors of the company stepping in the augmented reality (AR). As it expands, VR and AR will become a standard in daily life.

Jenna Tsui is a disruptive tech and consumer trends writer who covers news on MakeTechEasier, FemBot Mag, Triple Pundit and more. To see more stories by Jenna, follow her on Twitter @jenna_tsui.