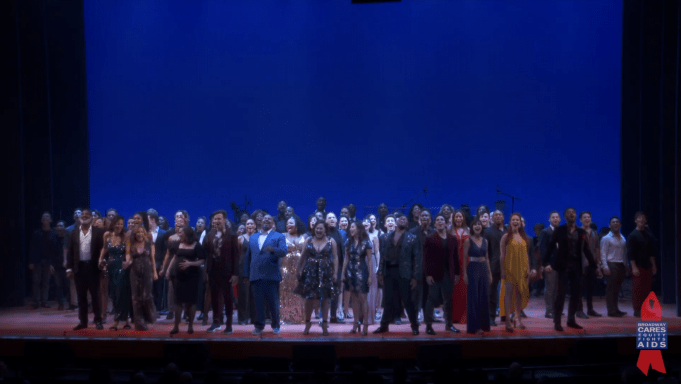 Disney is streaming a COVID-19 benefit. Scheduled for April 13, 2020 the event is a streaming replay of last year’s sold-out concert that celebrated 25 years of Disney on Broadway.

Ryan McCartan (Frozen, Liv and Maddie) will host the event from his family’s basement and will interview Disney on Broadway stars from their respective homes throughout the evening.

“The event last November was such an unforgettable evening of Disney on Broadway magic,” Broadway Cares Executive Director Tom Viola said in a statement.

“We are so grateful to all our friends at Disney Theatrical Productions for generously joining us in sharing this evening again, supporting our entertainment industry friends and colleagues who are out of work and facing serious health and personal challenges due to this devastating coronavirus pandemic.”

You can see a preview of the streaming event below on the Broadway Cares/Equity Fights AIDS Facebook Page:

“The show also includes a much-anticipated, high-energy reunion of 18 Newsies from the show’s Broadway and national touring productions, and a moving performance from Broadway Inspirational Voices.”

Celebrating 25 Magical Years of Disney on Broadway – which featured a starry cast of 79 performers – will be streamed at 7 pm Eastern on Monday, April 13, 2020.