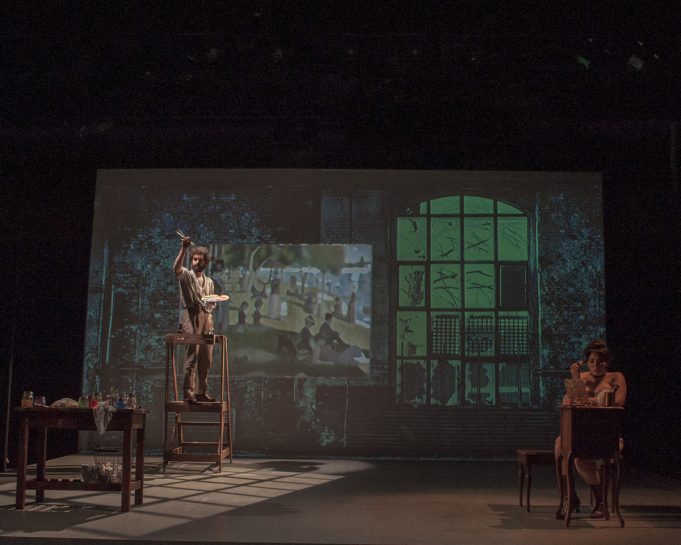 San Francisco Playhouse has just announced its upcoming season. This will be their 18th season, and their most ambitious one yet. In fact, the announcement was made the previous night at their first-ever live streaming season announcement party.

On the mainstage will be Jez Butterworth’s The Ferryman in its west coast premiere. Set in Northern Ireland in 1981, the play received rave reviews in the New York Times.

Oliver! The musical will be revived, based on the novel Oliver Twist by Charles Dickens. Music, lyrics and book are by Lionel Bart. The streets of Victorian England come to life as a malnourished orphan in a workhouse searches for what it means to be part of a family.

Art, a comedy by Yasmina Reza, is being revived. Serge, Marc and Yvan are struggling in search of consensus on whether a modern work of art is a shrewd investment or a piece of junk.

American Son by Christopher Demos-Brown will have its west coast premiere in the coming season. A bi-racial youth is detained by police, forcing his estranged parents to confront their own feelings about race and bias.

And the musical A Chorus Line is being revived, with music by Marvin Hamlisch and lyrics by Edward Kleban. Seventeen Broadway dancers audition for eight spots on a chorus line, exploring bittersweet ambitions.

“This is a season all about challenges,” said Bill English, Artistic Director. “We all face the challenge to be our best selves as humans and are constantly tested by external obstacles and catastrophic forces of nature. Often, however, these obstacles are made of fictional constructs: oppression, hatred, prejudices, racism, inequity, as well as self-imposed standards by which we measure our own worth. This season, we are going to explore the ways in which these fictions get in our way and how we watch as people struggle to break through them or are enabled by them. It is a season about challenges and about the hope that awaits on the other side.”

Founded by Bill English and Susi Damilano as a 501(c)3 nonprofit in 2003, San Francisco Playhouse functions as the City’s off-Broadway company. In 2012, the company moved from a small house on Sutter Street to a 199-seat theater at 450 Post Street, inside the Kensington Park Hotel.

The company’s past productions include Born Yesterday, Sunday in the Park with George, La Cage aux Folles, Into the Woods, Period of Adjustment, My Fair Lady, The Fantasticks, Six Degrees of Separation, and One Flew Over the Cuckoo’s Nest.