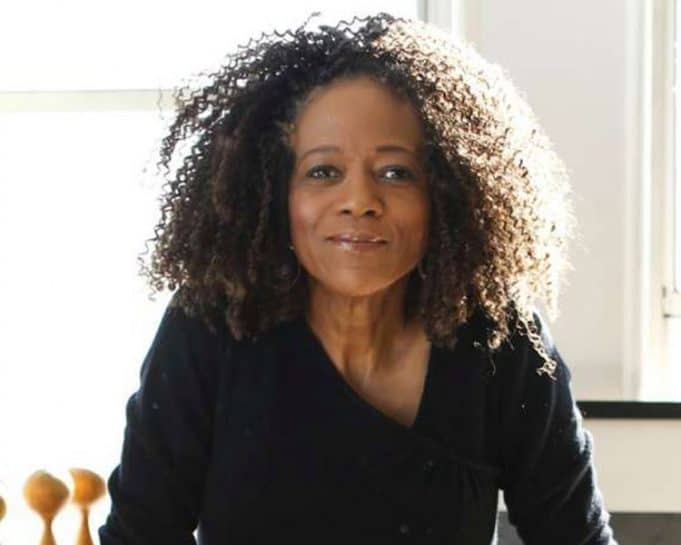 Paula West at the Nikko

4 out of 5 stars - 'Smashing'
Feinstein's at the Nikko, San Francisco
Review by Jeanne Powell

Paula West has opened a two-week engagement at Feinstein’s at the Nikko in San Francisco. This popular cabaret performer has captured the hearts of jazz lovers over the years due to her extraordinary devotion to and understanding of the complexity and beauty of jazz classics as well as other worthy songs. She has a passion for taking songs into unexpected directions.

Ranging from the lyrics of Cole Porter to those of Bob Dylan, West gets to the heart of each song and interprets in a way which leaves the listener with a deeper awareness of the beauty and power of music.

Feinstein’s club is intimate but comfortable with excellent acoustics. West entered from the rear in a sleeveless black dress, walked through the audience and took a seat center stage. Around her were four musicians. Dean Schneider on piano is a highly sought-after musician, arranger and musical director. Ed Cherry is an established jazz guitarist, best known for his long association with Dizzy Gillespie. Doug Edwards is a noted bass player; and Jerome Jennings is a drummer, music producer and composer who teaches at Julliard. Together they created a magical evening.

Although recovering from a slight cold, West was firmly in command of her voice and the audience. She began with “Anytime Anyplace Anywhere”, which she learned from Hannah Brooks, and followed with “I’m a Little Blackbird Looking for a Bluebird” composed by Florence Mills. She sang one line, “building fairy castles like the rich folks do,” and later pointed out with gentle humor that the original lyric was “like all the white folks do.”

A haunting interpretation of “Perfidia,” first published in 1939, was followed by Cole Porter’s witty “Nobody’s Chasing Me” (nobody wants to own me, and I object). West loves Cole Porter’s story songs. Her skillful and intelligent interpretation of those lyrics allows her to move effortlessly from swing to jazz to blues, and to appeal to cabaret audiences in particular.

“Jambalaya (On the Bayou)” was a rollicking number, followed by another Cole Porter lyric, “You’ve Got That Thing,” eliciting appreciative chuckles from the audience. Moving to Boy Dylan, West engaged the entire room with her version of “Mr. Tambourine Man,” a 1965 release from Dylan.

West sang a wistful ballad, “Angel Eyes,” recorded by Ella Fitzgerald and others. Changing moods, she took us into Randy Newman’s hilarious social commentary, “Short People,” from his 1977 Little Criminals album. We all sang along with gusto.

Paula’s version of “Nancy with the Laughing Face,” made famous by Frank Sinatra, captivated the audience. West is all about the words, the lyrics, the moment created by the songwriter, and bringing the audience into that moment.

She closed with “In the Wee Small Hours of the Morning,” associated with Frank Sinatra, and then Cole Porter’s “I’m in Love Again,” which West learned from Bobby Short performing at the Carlyle.

Responding to an ovation from the crowd, West returned to the stage and gave us Bob Dylan for an encore: “Like A Rolling Stone.” Rocking us in the church of Dylan, with his explosive and evocative lyrics, was the perfect way to end the evening, especially after “the week that was” in the U.S. And she knew it.

Highly recommended. Feinstein’s at the Nikko is a small venue and reservations are essential. Not to be missed.